Grave concerns over future of North Devon shipyard following government’s suspension of Type 31e bidding have been raised by GMB. The bidding process was paused on Wednesday in an announcement by the MoD in which it claimed the pause was necessary after they had been forced to rethink the acquisition strategy for its Type 31e […] 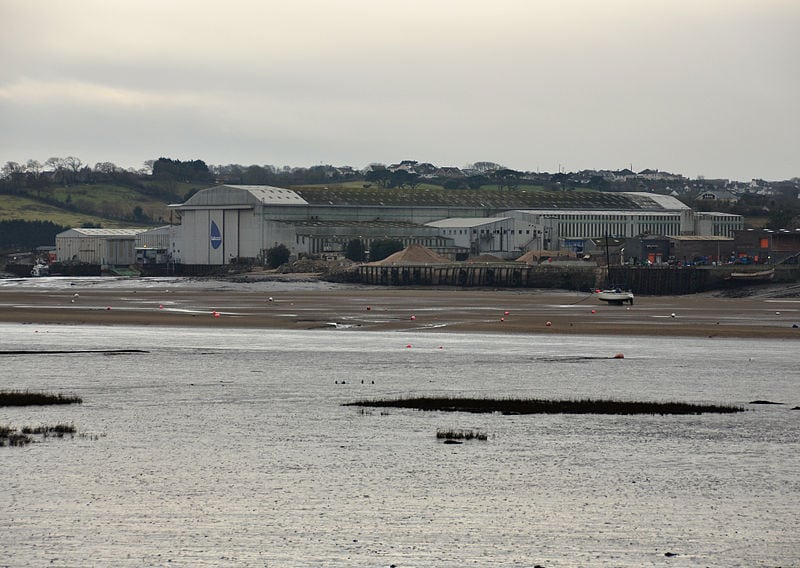 Grave concerns over future of North Devon shipyard following government’s suspension of Type 31e bidding have been raised by GMB.

The bidding process was paused on Wednesday in an announcement by the MoD in which it claimed the pause was necessary after they had been forced to rethink the acquisition strategy for its Type 31e general-purpose frigate programme after abruptly terminating the original process.

The MoD citied insufficient compliant bids for an effective and robust competition as the major reason.

Due to the end of the Irish Offshore Patrol Vessel programme, the workforce at Appledore have largely already redeployed to Babcock’s other site at Devonport Dockyard in Plymouth whilst the company sources other work.

This means for the majority of the highly skilled workforce, a daily four hour round trip by coach daily from Appledore to Devonport, whilst some workers have found temporary accommodation in Plymouth for the duration of current contacts. Appledore is an integral part of Babcock’s Arrowhead bid for the T31e work, but with the in-service target of 2023 now in serious doubt, there is considerable concern over how long Appledore can wait for new work, whilst the buses go up and down to Plymouth.

John Phillips, GMB Regional Secretary for Wales and South West, said: “Whilst GMB and other trade unions continue to work closely with Babcock, the government has just ramped up the uncertainty over these crucial British advanced manufacturing jobs in North Devon.

“Appledore is a fantastic facility and has shown with the hugely successful Irish OPV work that they can compete on quality and price with anywhere in the world, producing a credible defence export product.

Following the government’s decision to put the new Fleet Sold Support (RFA) ships out to international tender, this is a further blow to British shipbuilding. The government likes to talk this process up as a renaissance for Shipbuilding, in reality it’s more of a dark age.”

The GMB is also calling on the local MP for Appledore and the recently appointed Attorney-General in Theresa May’s cabinet Geoffrey Cox QC MP to throw his weight behind getting the T31e process back on track.

Matt Roberts, local GMB Regional Organiser, said: “Whilst the GMB alongside other unions will do everything we can to work with the company to keep Appledore open, the government needs to stop playing with people’s jobs. We call on Mr Cox as a cabinet minister to throw his weight behind getting this back on track and raise this directly with Theresa May.”

“The effects on the Bideford and North Devon community if Appledore closes would be devastating. There are simply not the jobs in North Devon for these skilled workers to move into. We need to secure work for the site before it’s too late. Appledore has built 197 ships, and we need to ensure the 197th is not the last.”