“We got some cake to make up for it," presenter Susanna Reid said. 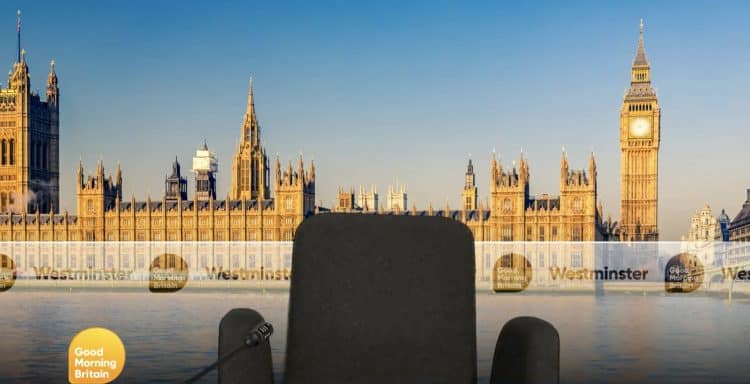 Good Morning Britain filmed an empty chair this morning after Foreign Secretary Liz Truss failed to attend an interview whilst tensions are rising over the Partygate scandal.

Presenter Adil Ray told viewers that no government minister booked to appear on the show on Wednesday.

It comes after Downing Street admitted government staff gathered at No 10 during the first Covid lockdown to celebrate Boris Johnson’s birthday, according to the BBC.

“As often happens, when there’s a big news story around for the government, when they got their backs to the wall and they need to answer questions, they disappear,” Ray said.

He added: “So we are hearing that we may well not get a government minister this morning, despite being a national breakfast show that has a predominantly Midlands and North-based audience.

“The fact that ministers are ignoring a big section of the UK this morning I think is very telling but we do have the cake.”

Host Susanna Reid interjected in a scandal-themed manner: “We got some cake to make up for it.”

“Maybe they’d like to come in, you know, we got some cake,” Ray agreed.

Meanwhile, a Tory MP defended the prime minister, saying Johnson was “ambushed with a cake” during his Downing Street birthday bash held during lockdown restrictions.

Conor Burns insisted the 19 June 2020 event was not a  “premeditated” party.

“It was not a pre-mediated, organised party … that the prime minister decided to have,” Burns told Channel 4 News.

“They came to his office with a cake, they sang happy birthday, he was there for 10 minutes – I don’t think most people looking at that at home would characterise that as a party.”

Meanwhile, the Metropolitan Police finally confirmed this week that it will investigate claims of Downing Street parties during lockdown restrictions.

Police chief Cressida Dick said there will be an investigation into a “number of events” held in No 10 and across Whitehall during Covid restrictions, The Mirror reported.