The comments come as a Police officer is charged with sexual assault of woman. 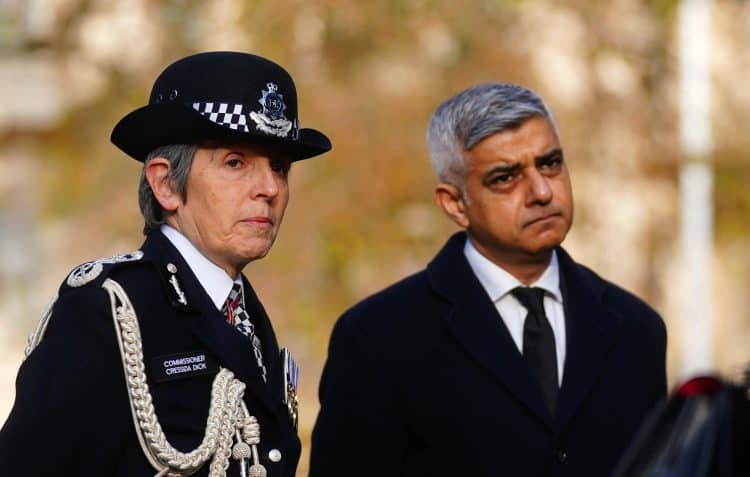 The Metropolitan Police Federation has declared it has “no faith” in London Mayor Sadiq Khan after the “very public ousting” of Dame Cressida Dick as commissioner.

The body representing more than 31,000 rank-and-file police officers claimed comments made by Mr Khan have “undermined the professional, dedicated and incredibly difficult work of tens of thousands of hard-working and brave police officers from across the capital”.

It comes after Dame Cressida dramatically quit from the role on Thursday night when Mr Khan made clear he had no confidence in her plans to reform the service.

Accusing politicians of using “policing and the career of the country’s most senior police leader to deflect from their own failings”, Ken Marsh, chairman of the body, said: “This is not a move we take lightly.

“We have let the mayor’s office know in no uncertain terms how our brave and diligent colleagues deserve better.

“Officers in London feel saddened and angry that the commissioner Cressida Dick has been pushed out in the way she has.

“She was reforming. She was changing. The culture is changing.

“We are deeply disappointed with the actions of the mayor.”

A police officer is accused of sexually assaulting a woman he met on an online dating app.

The alleged incident is said to have happened while Pc Benjamin Mace, of Cambridgeshire Police, was off-duty.

The 38-year-old is due to appear before Chelmsford Magistrates’ Court on Wednesday charged with sexual assault.

The Independent Office for Police Conduct (IOPC) said it began an investigation in May 2020 following a referral from Cambridgeshire Police.

It concluded the investigation in January 2021 and submitted a file to the Crown Prosecution Service (CPS) to consider charges.

The CPS decided to charge Mace in January 2022, the IOPC said.