Honouring Sir Gerald Kaufman MP who has died aged 86, many tributes today mention the pugnacity as well as intellectual might, influence, length of career, kindness and concern for those most marginalised by society of the outspoken former frontbencher. The controversial Labour was unafraid to tell truth to power even if that occasionally meant embarrassing powerful […] 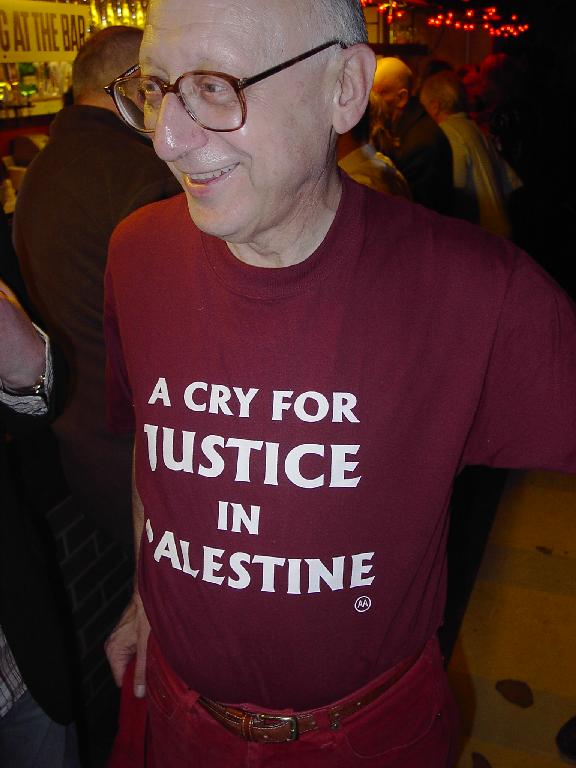 Honouring Sir Gerald Kaufman MP who has died aged 86, many tributes today mention the pugnacity as well as intellectual might, influence, length of career, kindness and concern for those most marginalised by society of the outspoken former frontbencher.

The controversial Labour was unafraid to tell truth to power even if that occasionally meant embarrassing powerful officials who came before the committees he served in, figures in his own party, or sometimes fellow members of Britain’s Jewish community with whom he clashed over his concerns for human rights in Palestine.

As we mourn one of the Labour Party’s big hitters, there are no words better for remembering a man who never minced words than his own.

On his own party’s ill-fated left wing 1983 election manifesto: “The longest suicide note in history.”

“My grandmother was ill in bed when the Nazis came to her home town .. a German soldier shot her dead in her bed. My grandmother did not die to provide cover for Israeli soldiers murdering Palestinian grandmothers in Gaza. The present Israeli government ruthlessly and cynically exploits the continuing guilt from gentiles over the slaughter of Jews in the Holocaust as justification for their murder of Palestinians. The implication is that Jewish lives are precious, but the lives of Palestinians do not count. On Sky News a few days ago, the spokeswoman for the Israeli Army Major Livovich was asked about the Israeli killing of, at that time, eight hundred Palestinians. The total is now a thousand. She replied instantly, “Five hundred of them were militants.” That was the reply of a Nazi. I suppose the Jews fighting for their lives in the Warsaw Ghetto could have been dismissed as militants.”

“Israel was born out of Jewish terrorism.”

“Hamas is a deeply nasty organisation, but it was democratically elected, and it is the only game in town. The boycotting of Hamas, including by our Government, has been a culpable error, from which dreadful consequences have followed.”

“It is time to remind [former Israeli PM] Sharon that the star of David belongs to all Jews, not to his repulsive Government. His actions are staining the star of David with blood. The Jewish people, whose gifts to civilised discourse include Einstein and Epstein, Mendelssohn and Mahler, Sergei Eisenstein and Billy Wilder, are now symbolised throughout the world by the blustering bully Ariel Sharon, a war criminal implicated in the murder of Palestinians at the Sabra and Shatila camps and now involved in killing Palestinians once again.”

“Bush, himself the most intellectually backward American president of my political lifetime, is surrounded by advisers whose bellicosity is exceeded only by their political, military and diplomatic illiteracy.”

On accepting refugees from Syrian conflict: “I do not want to dwell on my own personal experience, but my parents were refugees. When I think of people in Europe, I think of what happened to the Jews…I very much wish that the Government had that dimension of empathy that they do not appear to have… We will look back on this Government’s mean response to this heart-rending humanitarian crisis and we will be ashamed. This is not the will of the people of this country. Every indication, both nationally and from our constituents, demonstrates that people want to be more generous—that they will feel fulfilled by being more generous. My constituents would be ready…to open their doors and receive people who are going through privations and suffering that are very difficult indeed for any of us in this comfortable House, in this comfortable country, even to imagine.”