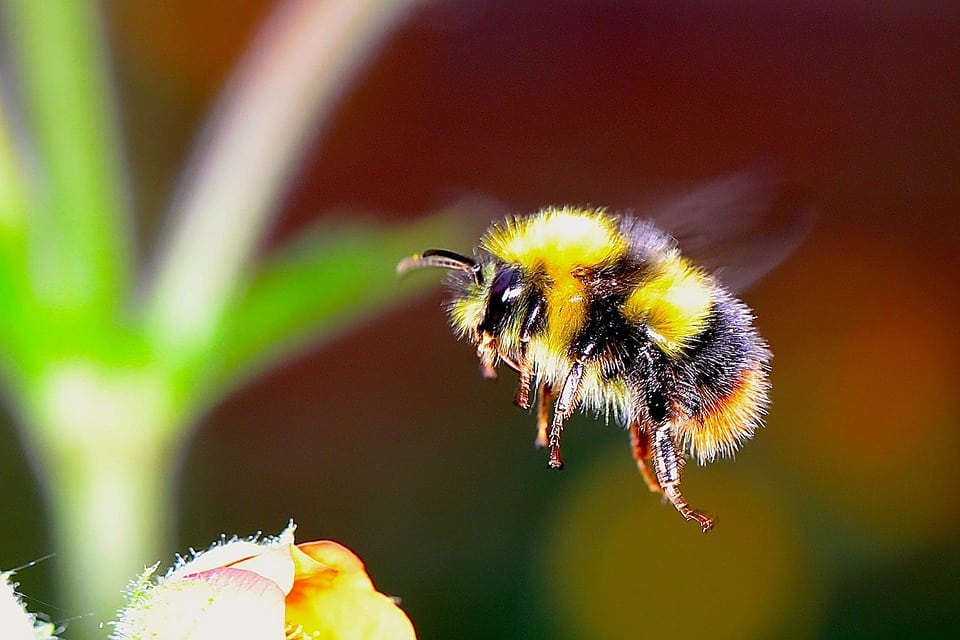 Gardeners are being urged to ditch popular bug sprays that contain a nasty chemical blamed for killing off British bees, a new study claims.

The study comes five years after the EU decided to ban the pesticides, which were partly responsible for dwindling bee numbers.

The ban has seen a decline in exposure for rural bumblebees, but their suburban counterparts are not so lucky.

More than half of all pollen and nectar samples collected from bee nests in Sussex, Hertfordshire and Stirling between 2013 and 2015 were contaminated.

Scientists from the University of Sussex carried out the study along with colleagues at Stirling University and Rothamsted Research.

They found that more than half of 408 samples taken were contaminated with harmful neonicotinoids such as thiamethoxam, thiacloprid and imidacloprid.

Lead author Postdoctoral Research Fellow in Evolution, Behaviour and Environment Dr Beth Nicholls at the University of Sussex, said: “Our findings suggest that the EU’s recent decision to extend the neonicotinoid moratorium to include all field crops is likely to have a positive effect on bees, relieving some of the stress on our already struggling pollinator populations.

“However, given that bees in suburban gardens appear to remain at risk post-moratorium, further work is needed to understand the sources of neonicotinoid exposure in these areas and to find ways to reduce it.

“Our study indicates that limiting the public sale and use of neonicotinoid-based bug sprays, which are currently unaffected by the moratorium, is needed if we are to protect bee populations living in and around our towns and cities.”

Prior to the 2013 ban, neonicotinoid contamination was even higher for pollen sampled from bumblebee colonies in rural and suburban habitats in Sussex – in up to 74 per cent of samples.

The introduction of EU restrictions on the use of neonicotinoid chemicals has reduced harmful exposure of bees living in farmlands and rural areas.

However, the study found that more than half of all pollen and nectar samples collected from the suburban areas were contaminated.

The study is the first of its kind to highlight the risk to bees in urban areas posed by garden use of pesticides.

Scientists urge gardeners to ditch their bug sprays in favour of encouraging natural predators such as ladybirds and the use of hand-removal of pests, netting or sticky traps.

The experts were also concerned to find bee food was often contaminated with imidacloprid, a neonicotinoid which is today very rarely used against crop pests.

They believe that the contamination occurs due to pet flea treatments, which often still contains this chemical.

Previous studies have shown that the pesticide exposure can lead to slower colony growth and production of fewer new queens, as well as detrimental impacts on foraging and navigation, immunity and worker mortality.

Professor of biology Dave Goulson at the University of Sussex, said: “Gardeners can do their bit; for there is no need for pesticides in gardens.

“I grow lots of fruits, vegetables and flowers in my garden without chemicals – there is just no need.”

The study was published in the journal Environmental Science and Technology.