A Brexit activist fined £20,000 for breaching spending rules during the EU referendum campaign has raised funds to appeal the decision in just two hours. Darren Grimes, who insists he was “completely innocent” of making false declarations in relation to a £680,000 donation to his BeLeave youth group from the main Vote Leave campaign, raised […] 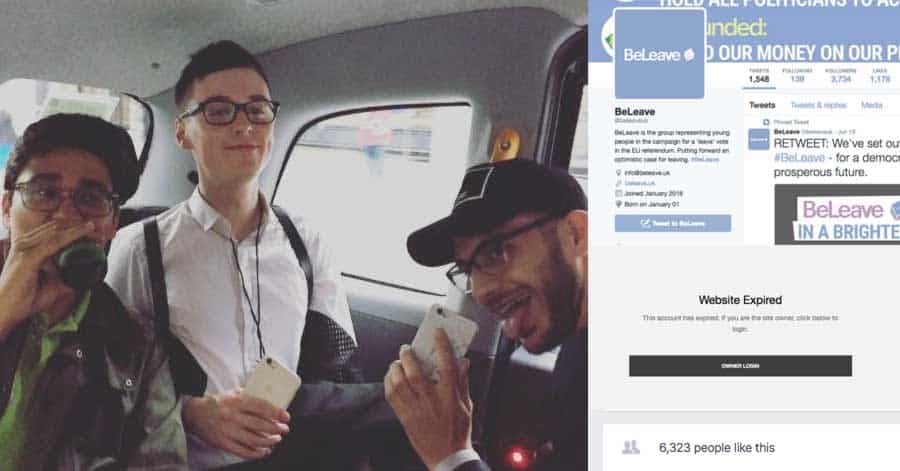 A Brexit activist fined £20,000 for breaching spending rules during the EU referendum campaign has raised funds to appeal the decision in just two hours.

Darren Grimes, who insists he was “completely innocent” of making false declarations in relation to a £680,000 donation to his BeLeave youth group from the main Vote Leave campaign, raised £20,000 through a crowdfunding campaign backed by right-wing media outlet Guido, who dubbed Grimes a “Brexit hero”.

He accused the Electoral Commission of acting out of “bias” against supporters of EU withdrawal and behaving as “political enforcers”. He also said he believed the commission is “undermining our democracy”.

Grimes was referred to the Metropolitan Police after the commission found last week that the massive donation should have been declared as part of Vote Leave’s spending, because the two organisations were working jointly.

The commission found that the cash was spent with data firm Aggregate IQ, which had been working for Vote Leave on targeting online ads, in a “common plan” between the official campaign and Mr Grimes’s group.

If declared, the sum would have taken Vote Leave – fronted by leading politicians including Boris Johnson and Michael Gove – over its £7 million spending limit.

In a statement, Grimes said: “I am not a rich person. I honestly don’t know how I’m going to pay the maximum fine that they’ve unfairly slapped me with – despite saying there are ‘substantial’ matters in mitigation that they’ve decided to ignore.

“But this isn’t just about me. Most importantly, I don’t want to let the commission get away with this.

“How long before they start going after parties their senior figures dislike? How long until candidates they have a grudge against find themselves unfairly penalised? Politics relies on people to put their head above the parapet – who in their right mind would now?

“I think they are undermining our democracy, and I am asking for help to expose what they are doing and to stop them.”