Collier Gwin was filmed trying to move on a homeless woman by using a water hose in a viral video. 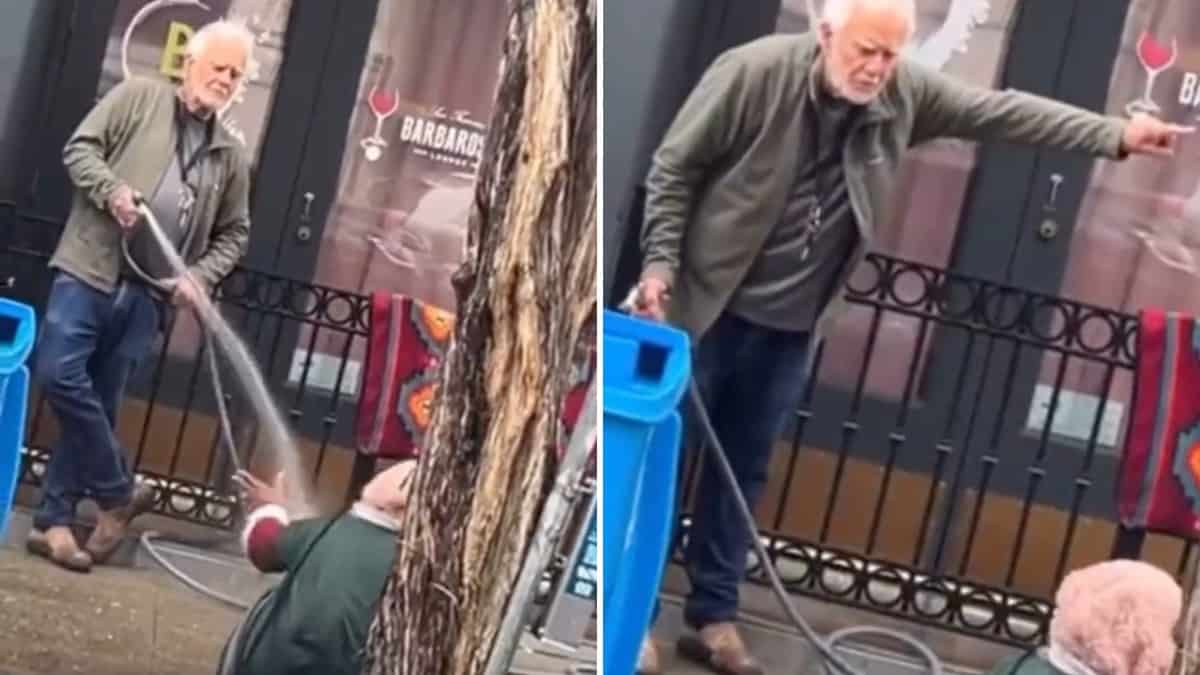 A gallery owner who sprayed a homeless woman with a hose has been arrested by law enforcement officers.

It came after a video appeared to show him spraying a homeless woman on the street.

Sakiyama is familiar with the person sprayed, often hearing her scream at night.

“She was often naked sleeping here, she would stay around here, yeah. I don’t know if it was bad enough to attack her,” said Sakiyama.

Gwin apologised on Sunday night after a forum condemned his actions.

In a statement, Jenkins said: “Following the San Francisco Police Department’s investigation and reviewing all the evidence provided, my office has issued an arrest warrant for Collier Gwin. Gwin will be charged with misdemeanor battery for the alleged intentional and unlawful spraying of water on and around a woman experiencing homelessness on January 9, 2022.