The only way beyond military action - to damage Putin, Putinism and Putin’s cronies, is to get them off their multi million dollar yachts in the Med and out of their multi-million pound apartments in London. 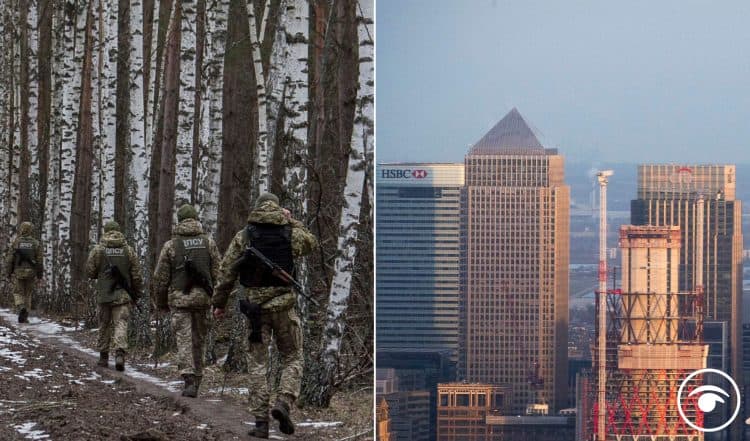 Before we can begin to understand what is going on in Ukraine, we first need to understand Vladimir Putin’s view of truth and lies. Putin as a former KGB Colonel was brought up in a system where lies are not mistakes or mere falsehoods. Lies are a strategy for control. The idea is to tell so many versions of the “facts” that no one really knows where truth ends and falsehoods begin.

The German writer Hannah Arendt said that this is the key to understanding all totalitarian mindsets. It does not matter whether we are speaking of Nazism, Soviet communism, or now Putinism. Ideologically they may be different but in reality, Arendt argued, they are all based on telling so many lies that most citizens are confused or turned off by the blizzard of stories they hear. If you cannot tell the difference between truth and fiction you are easy to control. In Putin’s case his government lied about the murder by polonium poisoning of Alexander Litvinenko in London in 2006, they lied about the attempted murders of the Skripals in Salisbury in 2018, lied about the shooting down of the Malaysian airliner MH17 in 2014, lied about Russian cyber attacks on Georgia in 2008 and on Estonia in 2007. They are lying now – obviously – about their invasion of Ukraine.

The second thing we need to understand is that Vladimir Putin did say one big truth about Ukraine, namely that it is something very close to his heart. Ukraine is, obviously, a large and great nation close to Russia geographically, but also culturally and linguistically. Many Russians feel this way. But that is precisely why Putin and his courtiers in the Kremlin are so alarmed that their near neighbours in Ukraine might prosper mightily as a democracy with ambitions to join the European Union and Nato, and ultimately offer the Ukrainian people a better life than that which is possible in Russia itself.

With Putin it is always a good idea to follow the money, as I have been doing for my series of podcasts The Big Steal. Russia has plenty of money. It’s just that it is in very few hands, and many of those hands are dirty with corruption. Russia is a country of 150 million generally talented, hard working people stretching over 11 time zones all the way to the Pacific. Russia is blessed with enormous natural and human resources, creative people who have given us historically extraordinary music, novels and art. But the catch is that Russia today is better known for its oligarchs than its poets, playwrights, chess grand masters and ballet dancers. It is also in many ways economically very under-developed.

In Soviet times it was once memorably described as being like Upper Volta with rockets – a developing world economy but with a formidable arsenal of weapons. The Russian military today is certainly formidable, but the Russian economy is based not on the genius of the Russian people, but on old fashioned carbon intensive 19th and 20th century extractive industries, oil, gas and timber.

Many Russians are poor, living in a country with an economy a tenth of the size of the United States. California’s GDP, at 2.448 trillion dollars is almost twice that of that Russia at 1.3 trillion dollars. Last year in the run up to Russian parliament (Duma) elections Putin was accused of trying to bribe the electorate when he announced that “a pension increase of 1,000 roubles ($13.50) is not enough. I propose additionally paying pensioners this year a one-time payment of 10,000 roubles ($135).” Male life expectancy in Russia is 73 years. In Britain, it is 81 years.

But for Russia there is some economic good news. By causing a crisis through invading Ukraine, the price of oil and gas will inevitably rise so Russia’s GDP will increase. The bad news for most Russians is that they won’t see much of it. That’s because Russia’s real wealth is siphoned off by the kleptocrats in the Kremlin and their friendly “business” associates. These are the people who invest heavily in real estate in London, New York and Miami and whose activities have been targeted by the American businessman Bill Browder (now resident in the UK).

Browder once had significant financial interests in Russia but eventually fell foul of Putin and his corrupt system. Browder then managed to push through the US Congress the Magnitsky Act to begin to curtail the dirty money flowing out of Moscow and into Western banks. The act is named after Sergei Magnitsky, a man employed by Browder to investigate corruption by Russian officials. For his anti-corruption activities, Sergei Magnitsky was allowed to die in a Russian prison in 2009 after being beaten and tortured. Other countries have followed the lead of the US and Browder in pushing forward versions of the Magnitsky act. But it is not enough. Browder and many others who have suffered at the hands of Putin, argue that the way – the only way beyond military action – to damage Putin, Putinism and Putin’s cronies, is to get them off their multi million dollar yachts in the Mediterranean and out of their multi-million dollar apartments in London and elsewhere.

In that old Watergate adage, we should continue to follow the money. And we should also make sure that none of it buys political access and influence in the UK or in any democracy which really cares about being a democracy. The frontline in this conflict may be in Ukraine, but it is also in the City of London, and with those banks, accountancy firms, lawyer and other enablers who profit from the Kremlin kleptocrats.

Gavin Esler is presenter of The Big Steal podcast series.