"Feeling that street harassment vibe. 'Go on, give us a smile, Love'." 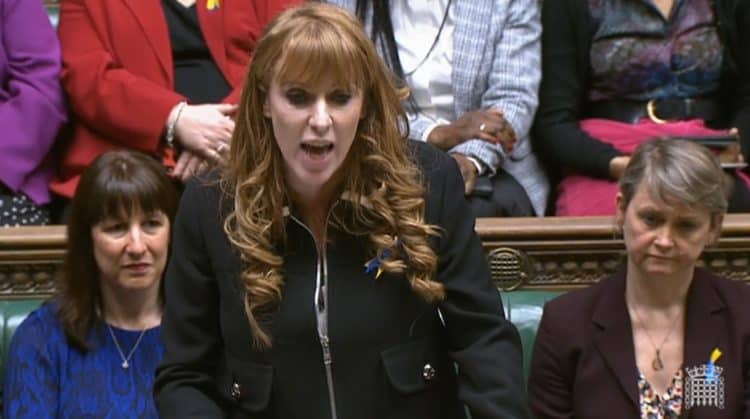 The grossly dubbed #growlergate has been simmering away on social media.

It started with a Mail on Sunday piece which claimed Angela Rayner crossed and uncrossed her legs like Sharon Stone in the film Basic Instinct.

The piece received a huge number of complaints but the press watchdog IPSO decided to ignore them all.

Campaign group Hacked Off said Ipso has never sanctioned a newspaper for sexist press coverage since it was established in 2014.

The group’s head of communications Sara Badawi said: “Ipso’s decision to reject all complaints about The Mail On Sunday’s patently misogynistic article about Angela Rayner MP indicates they are either powerless or unwilling to address the culture of discrimination and impunity across much of the national press…

“Ipso is an expensive PR project for the national press; an organisation designed to give the perception of accountability whilst sheltering its members from any prospect of genuine regulation.

“Politicians sincere in their opposition to sexism and other forms of discrimination must act to introduce the Leveson reforms in full, and compel national newspapers to join an independent regulator as is already the case for broadcast media.”

But that is not what happened.

Tory MP Michael Fabricant wrote on Twitter: “During the speeches made by the proposers of the Queen’s Speech today, light-hearted, good-natured fun is traditionally poked at the opposition.

“During the speeches made by the proposers of the Queen’s Speech today, light-hearted, good-natured fun is traditionally poked at the Opposition. Not once did Angela #Rayner break into a smile, just sat there and sulked.”

This comment went down as well as you would expect: