"I don’t think I’ve ever felt so bleak to my bones," wrote Armando Iannucci. 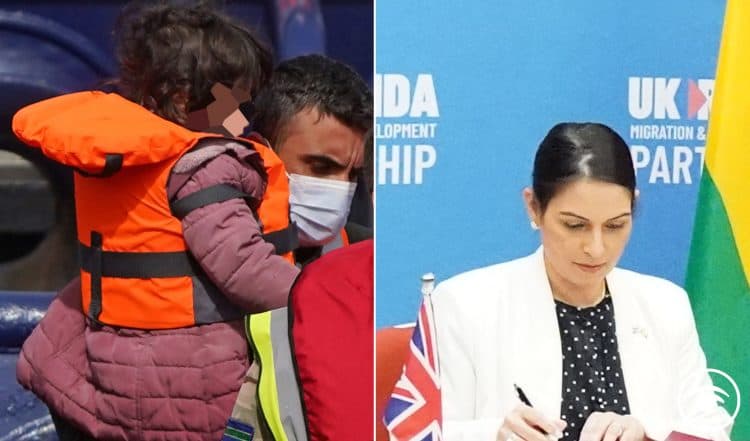 Boris Johnson and Priti Patel have set out widely criticised plans to fly migrants who cross the Channel in small boats more than 4,000 miles to Rwanda.

The eye-catching scheme announced on Thursday comes after the Home Secretary has come under sustained pressure to stop asylum seekers making the perilous journeys.

And it comes as the Prime Minister battles to hold on to his job after being fined by police for breaching his own coronavirus laws.

The taxpayer will foot the bill, including for the cost of chartering flights to remove detainees, but ministers are not saying how much the programme will cost.

Britain has promised Rwanda an initial £120 million as part of an “economic transformation and integration fund” but the UK will be paying for operational costs too.

The Home Office said a set amount of funding will be provided for each relocated person.

But it declined to say how much, other than to say it will be comparable to current processing costs in the UK and cover case workers, legal advice, translators, accommodation, food and healthcare.

For those who successfully claim asylum in Rwanda, it will fund an integration package to help them put down roots.

The agreement struck with Rwanda also says Britain will resettle “a portion of Rwanda’s most vulnerable refugees” in the UK.

The Refugee Council has claimed costs could soar to £1.4 billion, citing a Together With Refugees report based on the Australian offshore processing system.

But the Home Office questioned the figure, with a source saying it was “ludicrous to suggest costs would be more than the current system”.

Patel then banged on about it on this video.

Comedian Frankie Boyle made a frank comment as she landed in the African country.

Then someone got out the graphic design tools and she tweeted out a picture bragging about the new plan, with the words signed, in bright yellow capital letters.

There were some furious responses to this on Twitter:

And there is always this…