The plight of human trafficking victims is being highlighted on Wednesday, October 18th, for Anti-Slavery Day. The UK government estimates that at least 13,000 people across Britain are trapped in modern slavery although police say the figure is likely to be much higher. Kevin Hyland, Britain’s anti-slavery tsar, agrees in his annual report that the […] 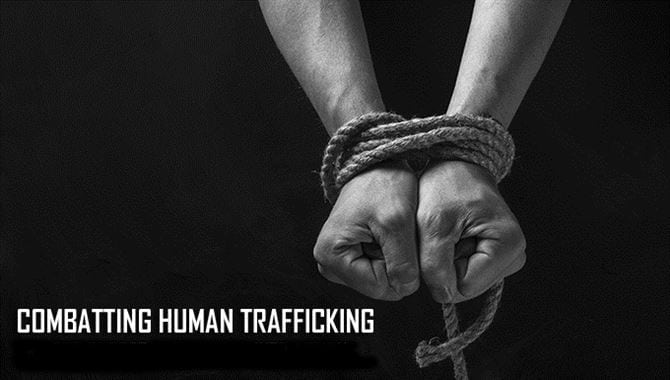 The plight of human trafficking victims is being highlighted on Wednesday, October 18th, for Anti-Slavery Day.

The UK government estimates that at least 13,000 people across Britain are trapped in modern slavery although police say the figure is likely to be much higher. Kevin Hyland, Britain’s anti-slavery tsar, agrees in his annual report that the estimate is too low, and the true number is in the tens of thousands.

In 2015, Britain passed the Modern Slavery Act, ushering in the first piece of UK legislation focused on the prevention and prosecution of modern slavery. It includes the introduction of life sentences for traffickers and greater protection for victims as well as those at risk. In addition, companies are now required to disclose what they are doing to safeguard their supply chains against slavery.

However, a report released this week by the Business & Human Rights Resource Centre (BHRRC) found that 43 of the top 100 FTSE companies are not even meeting the minimum requirements of the Act.

The worst-performing companies are Hargreaves Lansdown, Paddy Power, Pearson, and WorldPay. While Marks & Spencers, Sainsbury’s and Unilever are among a handful of FTSE 100 firms found to be taking meaningful action to eliminate slavery from their supply chains by incorporating modern slavery into risk assessments, staff training and sourcing decisions.

Phil Bloomer, Executive Director for BHRRC said: “It’s disappointing that after the first full year of reporting under the Act, so many of the FTSE 100 companies are still taking a ‘tick box’ approach. Those that are leading the way prove there has been enough time to act decisively to eliminate slavery from their operations and supply chains.”

Women’s rights organisation Equality Now is calling for businesses to do more to protect women and girls, who are at a far greater risk of human trafficking, accounting for 71 percent of those affected globally according to the UNODC. Many face sexual exploitation, with sex trafficking now the fastest growing criminal enterprise in the world. The illegal industry nets $99 billion each year and women and girls accounting for 96 percent of victims.

Although we are glad to see more being done to address modern slavery, the majority of women and girls are trafficked for commercial sexual exploitation, with some of this closely linked to business operations. Non-state actors, including private companies, must work together to end the scourge of sex trafficking and we need support from every sector.”

With the Internet now the most frequently used platform that traffickers and “johns” use to buy and sell women and children for sex, technology companies providing online services such as social networks, websites and classified advertisers must do more to act against users who post exploitative content.

Those in the hotel, hospitality and tourism industry also need to be aware of how they may be used to facilitate commercial sexual exploitation.

UK businesses with links to extractive industries overseas, whether it is part of a supply chain or through investment, also need to step up. For example, mining operations often result in large influxes of workers and this can create a demand for commercial sex. Exploitation of women and girls in this context happens with impunity. In their efforts to comply with the Modern Slavery Act, FTS100 companies must take greater steps to address sex trafficking and sexual exploitation wherever it is located.