“United Kingdom depends on our energy supplies. It thinks that it can live all alone, and bash Europe", said France's Europe minister, triggering UK's response. 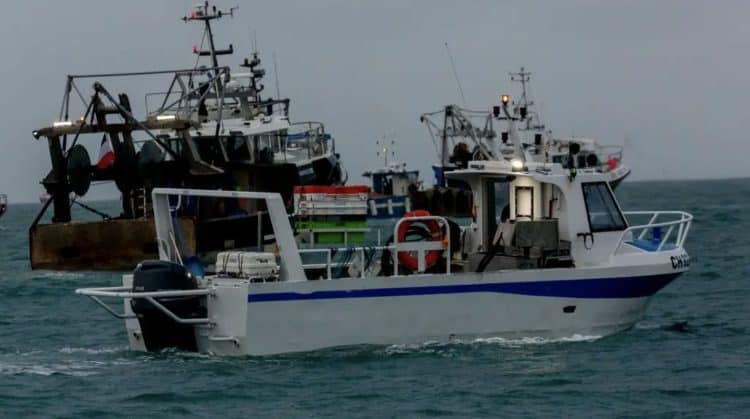 UK ministers said they ‘would never trust France again’ if they cut Britain’s power in response to a row over fishing permits for Jersey.

It comes as France’s Europe minister Clement Beaune accused Britain of not keeping its promises as signed under the Brexit deal.

He told Europe 1 radio: “Enough already, we have an agreement negotiated by France, by Michel Barnier, and it should be applied 100 per cent. It isn’t being.

“In the next few days, and I talked to my European counterparts on this subject yesterday, we will take measures at the European level or nationally, to apply pressure on the United Kingdom.”

UK ‘thinks it can live all alone’

He added: “We defend our interests. We do it nicely, and diplomatically, but when that doesn’t work, we take measures.

“For example, we can imagine, since we’re talking about energy… the United Kingdom depends on our energy supplies.

“It thinks that it can live all alone, and bash Europe.”

But a Cabinet minister told Mail Online that if France cut the UK off its power supplies, Britain would “just never use them again”.

“Why would you ever go back to a provider who did that? Trust would be gone. They would be damaging themselves in the long-term,” the minister added.

UK ‘refusing to honour what it had signed’

Clement Beaune said the country will “not hesitate to take retaliatory action”, sparking fears of another fishing war in the Channel.

He said: “Be warned. Since the British are refusing to honour what they signed, as with other Anglo-Saxons in another area, the French fishermen of Boulogne-sur-Mer may be obliged, after nine months of useless patience, to envisage ways to retaliate against the UK.

“For example, by blocking ports or the entry of lorries towards the UK through the tunnel.”

Earlier this year, French fishermen protests prompted Royal Navy vessels, and the situation was described as being “pretty close to an act of war”.

The head of the joint Normandy-Brittany sea authority declared they were “ready for war” as tensions threatened to spill over in the Channel.