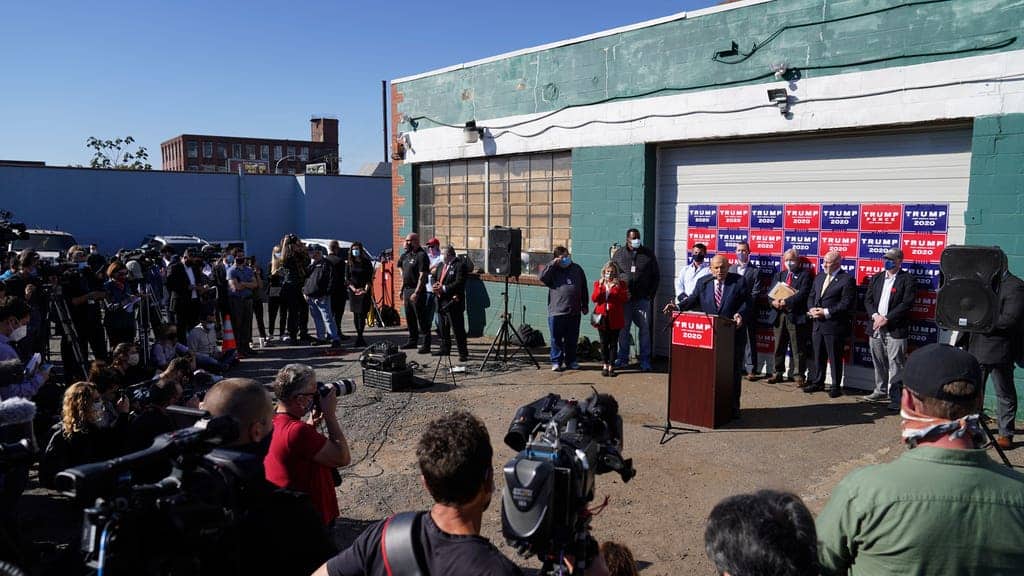 Four Seasons Total Landscaping in Philadelphia are set to rake it in after they hosted a press conference for the President at the weekend.

The garden centre was mistakenly chosen to host Donald Trump instead of the Four Seasons Hotel at the Comcast Center atop a 60-storey landmark building.

A series of new merchandise items have been put on sale on its online store, ranging from branded t-shirts and hoodies to stickers that read ‘Make America Rake Again’ and ‘Lawn and Order’.

Another comedian, Christine Nangle posted a video in which she pretended to take the call booking the space outside the landscaper.

“No we don’t have a podium, why would we have a podium? We have a rototiller,” said Ms Nangle in character. “I know that’s not the same thing I’m just trying to match your energy.”

I work at Four Seasons Total Landscaping in PA pic.twitter.com/cX6bIMkag8