Downing Street said that a ‘technical’ error caused the situation. 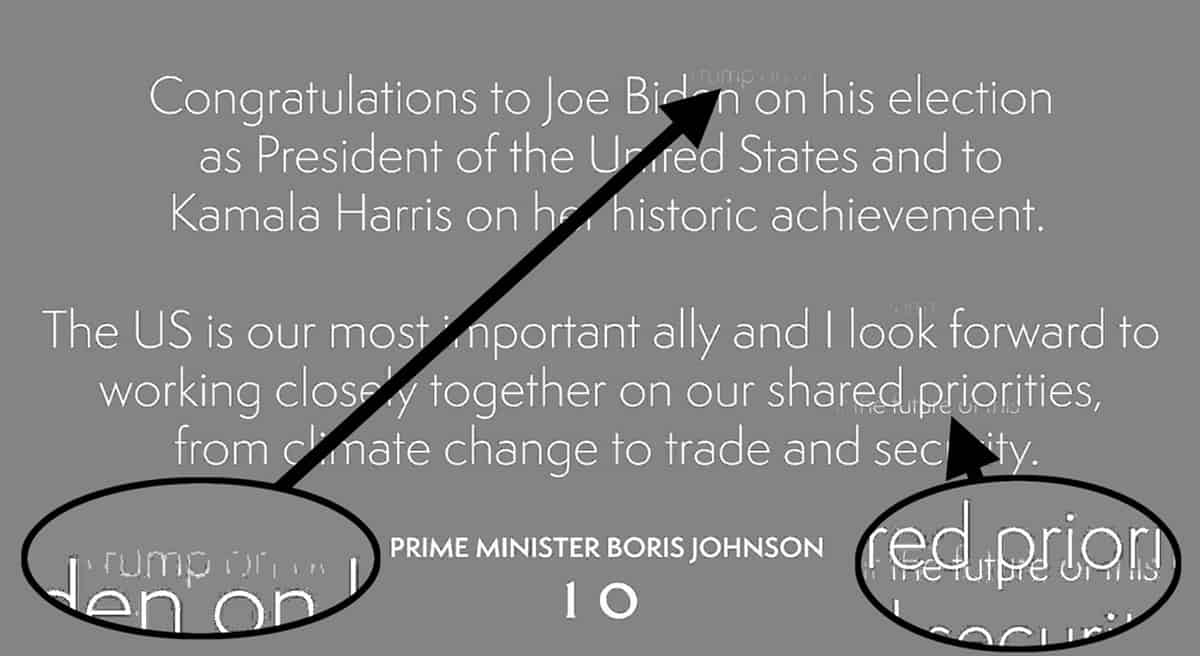 Controversy has surrounded Boris Johnson’s tweet congratulating Joe Biden on his US election victory after sharp eyed social media users spotted the word “Trump” showing faintly in the background of the message.

This led to online speculation that Number 10 had originally prepared a message to herald a Donald Trump win, only to replace it with one acknowledging the Democratic candidate’s success after US media outlets called the race for the former vice president on Saturday afternoon.

Downing Street said that a ‘technical’ error caused the situation.

A Government spokesperson said: “As you’d expect, two statements were prepared in advance for the outcome of this closely contested election.

“A technical error meant that parts of the alternative message were embedded in the background of the graphic.”

The Prime Minister posted on Saturday: “Congratulations to Joe Biden on his election as president of the United States and to Kamala Harris on her historic achievement.

“This US is our most important ally and I look forward to working closely together on our shared priorities, from climate change to trade and security”.

However, above the message appear to be traces of a different message referring to Mr Trump.

The situation was highlighted by the Guido Fawkes website which also noted faint words stating “the future” and “second term” buried in the tweet.

Mr Trump, seen as an international ally of Mr Johnson, has so far refused to concede defeat in the election.

Mr Biden has insisted that maintaining peace in Northern Ireland is paramount to any post-Brexit UK-US trade deal.