Four men have been arrested today on suspicion of plotting terror attacks in early morning swoops by terror police. The men, a 22-year-old, a 36-year-old and a 41-year-old all from Sheffield, South Yorkshire, and a 31-year-old from Chesterfield, Derbyshire, were each arrested at their own homes on suspicion of being concerned in the commission, preparation […] 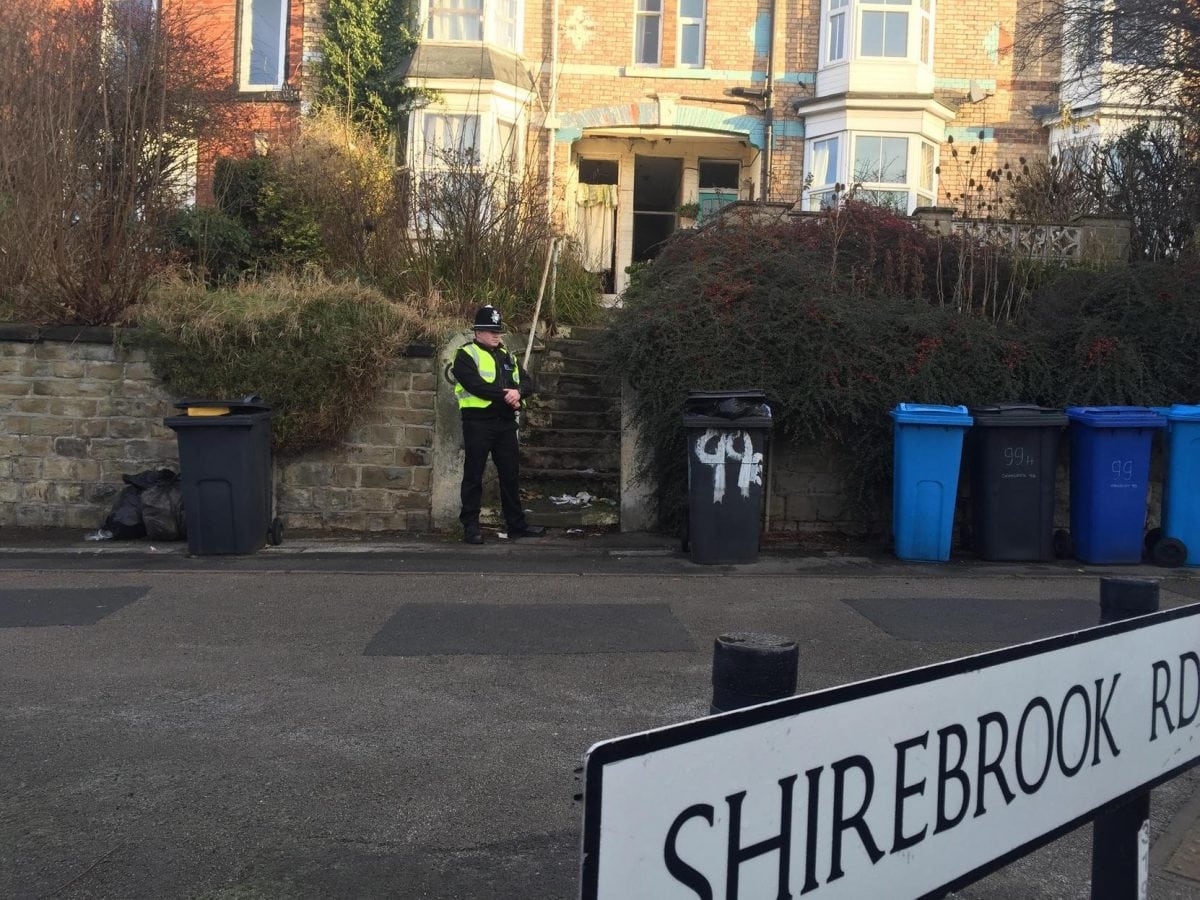 Four men have been arrested today on suspicion of plotting terror attacks in early morning swoops by terror police.

The men, a 22-year-old, a 36-year-old and a 41-year-old all from Sheffield, South Yorkshire, and a 31-year-old from Chesterfield, Derbyshire, were each arrested at their own homes on suspicion of being concerned in the commission, preparation or instigation of acts of terrorism.

One of the houses raided was in Shirebrook Road, Sheffield, where locals claim they heard an explosion at around 5.30am.

Residents said police officers then arrived at the scene and carried out a search.

The house is being guarded by police.

Police confirmed all the properties are currently being searched.

A spokeswoman from Counter Terrorism Policing North East said the noise “was not an explosion”.

“The public may have heard a loud bang at the time as police entered one of the properties, but it was not an explosion.

“They would like to reassure them that it was part of the method to gain entry to the property.”

The men have been taken to a police station in West Yorkshire for questioning.

The arrests were intelligence led and pre planned as part of an ongoing investigation by Counter Terrorism Policing North East.

Their properties are currently being searched in connection with these arrests.

South Yorkshire Police Superintendent for the Sheffield area Una Jennings said: “I understand our local communities will have concerns about this morning’s police activity but I want to offer my reassurance that we will continue to serve and protect the public of South Yorkshire.

“We work very closely with our colleagues at the North East Counter Terrorism Unit and we will ensure we maintain these strong links in order to provide a high level of service and delivery to everyone in our community.

“Public safety is our utmost concern.

“If you see or hear something that could be terrorist related, act on your instincts and call the police in confidence on 0800 789 321 .

“In an emergency, always dial 999. Visit gov.uk/ACT for more information.”