Towards the end of Pitch Perfect 3, Brittany Snow’s Chloe declares to her fellow Bellas – without even the vaguest hint of irony – that it’s time for them all to start new chapters and move on with their lives; a conclusion many members of the audience are likely to have already come to some […] 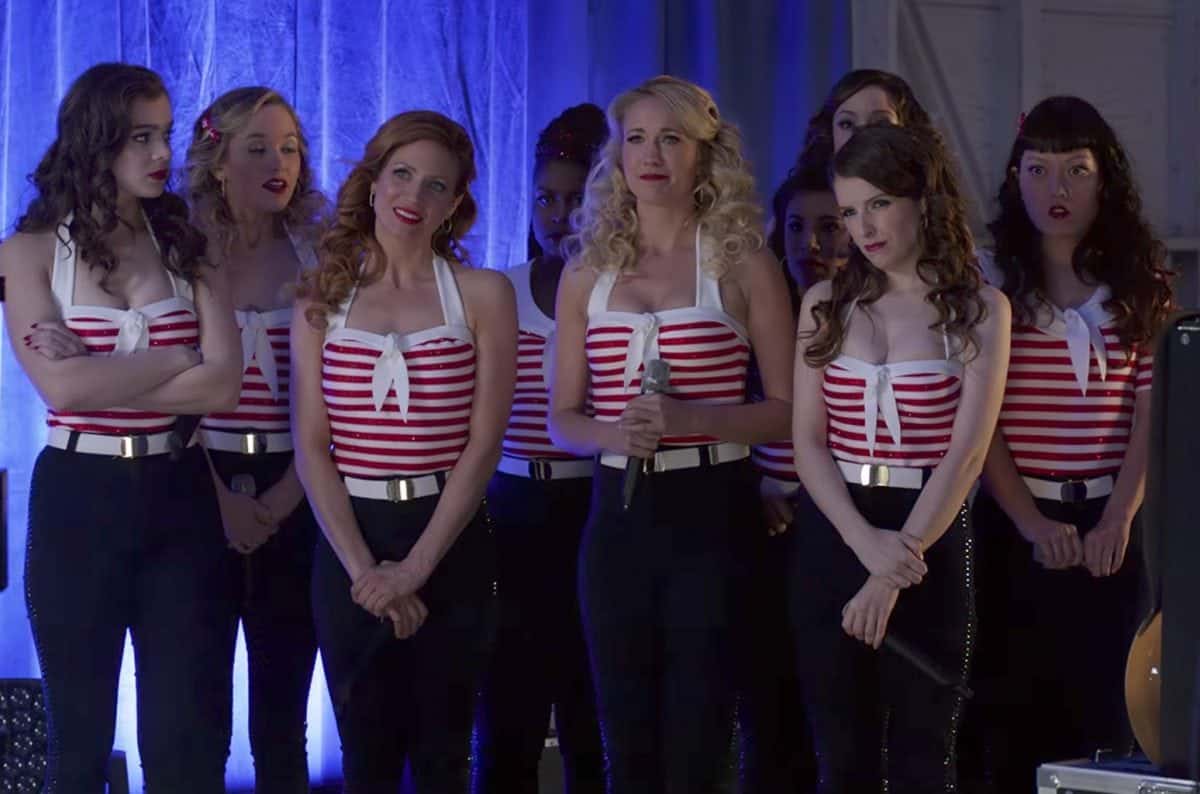 Towards the end of Pitch Perfect 3, Brittany Snow’s Chloe declares to her fellow Bellas – without even the vaguest hint of irony – that it’s time for them all to start new chapters and move on with their lives; a conclusion many members of the audience are likely to have already come to some 60-70 minutes earlier. For even if you consider yourself to be a hardcore fan of the Pitch Perfect franchise – and as someone who could happily watch either of the previous two instalments on a permanent loop, this critic does – it’s unlikely that you’ll be truly satisfied by this entertainingly sassy but entirely shambolic threequel.

It seems to have become an inherent trope of late that once a franchise has run out of narrative sustenance, the only logical step is to send the characters on holiday. And so it goes that no sooner are we reunited with Beca (Anna Kendrick), Chloe, Fat Amy (Rebel Wilson), and the other Bellas – all of whom, with the exception of Hailee Steinfeld’s Emily, have now graduated from Barden University and are each struggling to get to grips with the pressures and responsibilities that come from being an adult – then they are whisked away on a European adventure, entertaining American troops as part of an overseas USO tour.

A brash subplot involving the introduction of Amy’s long absent father (John Lithgow, who – based on the evidence here, and his recent appearance in Daddy’s Home 2 – seems determined to singlehandedly undermine his entire career for a sake of a few easy pay checks), which culminates in a rendition of Britney’s “Toxic” that comes complete with an explosive finale atop a millionaire’s super yacht, succinctly underscores the drawbacks to returning writer Kay Cannon’s script, which ditches the simplistic structure of the first two films for an insufferably busy plot that leaves precious little time for you to enjoy the company of the characters you’ve come to know and love.

Even when the writing appears to be all out of tune though, the cast still continue to hit the right notes – particularly Rebel Wilson, whose bolshy confidence can enliven the dullest of scenes. And while she may mishandle the story, Cannon’s grasp of her characters remains tight; similarly to Malcolm D. Lee’s Girls Trip earlier this year, it’s refreshing to see a female-focused studio film with a sharp wit, and where happiness doesn’t hinge on finding a boyfriend.

Props too must be paid to director Trish Sie, who brings a kinetic visual energy to both the musical and action sequences that’s stylish and engaging. Yet the film’s positives are never enough to blind you from the reality that while the first two entries had a fresh, genuine charm, this regularly feels more like a manufactured afterthought; less aca-awesome, more aca-average.