The arrangements are codenamed Forth Bridge, after the Scottish landmark and Unesco World Heritage Site. 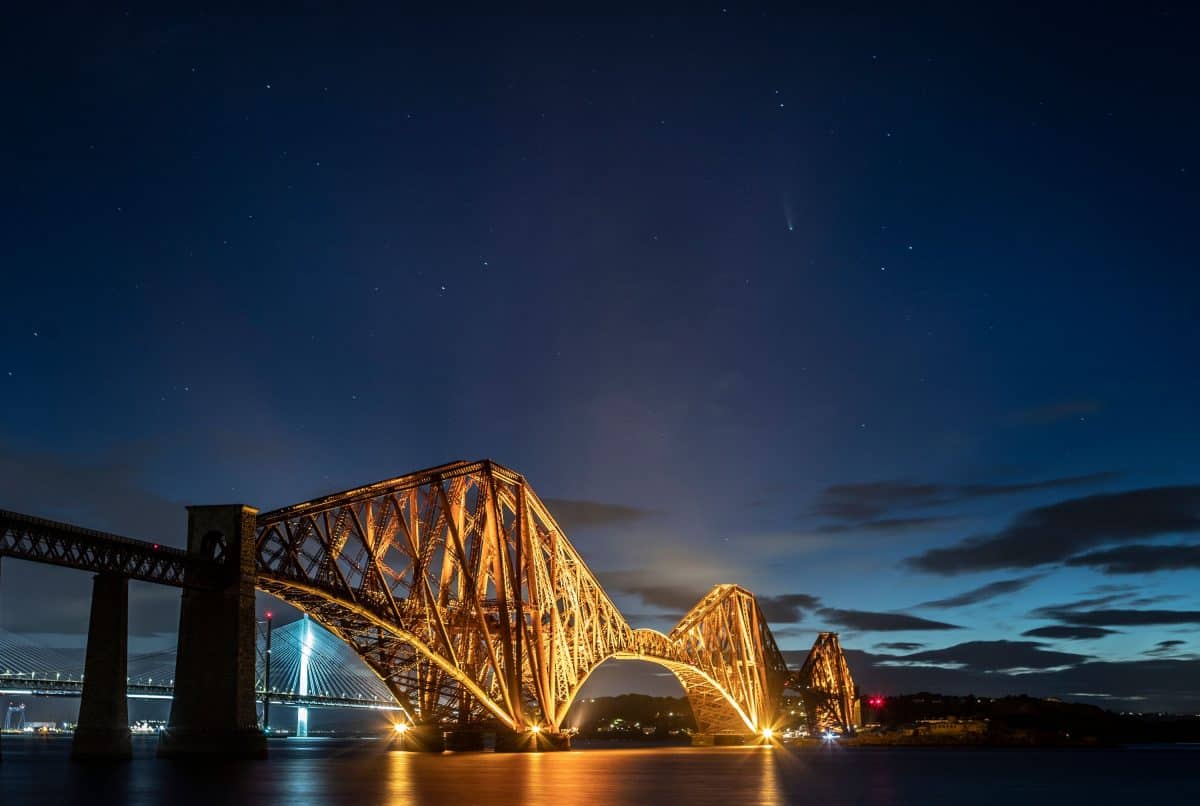 As the nation digests news of the death of the Duke of Edinburgh, behind the scenes the detailed plans for his funeral will soon be put into action.

The arrangements are codenamed Forth Bridge, after the Scottish landmark and Unesco World Heritage Site.

The railway bridge, crossing the Forth Estuary in Scotland, which opened in 1890, remains one of the greatest cantilever trussed bridges.

Plans for the aftermath of the duke’s death have been in place for many years, and were updated and reviewed regularly by Buckingham Palace staff in consultation with the Queen and Philip.

Complicated by the coronavirus pandemic, Forth Bridge has been adjusted to take account of the crisis.

The Royal Households have a long history of making detailed plans for royal funerals.

Arrangements for the Queen Mother’s – codenamed Tay Bridge – were 22 years old by the time she died at the age of 101.

London Bridge is the codename for the Queen’s funeral plans.

In 2004, thieves broke into a car which belonged to a palace press officer at a motorway service station and made off with a briefcase which contained the secret plans regarding the Queen .

But the case and its confidential contents were found and returned by a member of the public.

It was once said that Philip, who was known for his acerbic wit, was amused by the fact that many of those involved in the planning of his funeral had themselves died before him.

Not all royal death arrangements have been so meticulously ordered. Queen Victoria died at the age of 81 in 1901 after a period of ill health, but the Earl Marshal, who was responsible for the funeral, had no plans in place.

The complex arrangements, including transporting Victoria’s body across the Solent from the Isle of Wight and facilitating a two-hour military procession through London involving thousands of people, had to be organised from scratch in 10 days. In contrast, her son, Edward VII, insisted his own funeral was planned well in advance.

Now Operation Forth Bridge, which will be in keeping with Philip’s wishes, must be set in motion once it has been approved by the Queen. The task is a major undertaking.

In charge is the Lord Chamberlain Baron Parker of Minsmere, who oversees arrangements following a royal death and ensures everything is kept to a strict timetable and all goes to plan.

Scores of people will be involved in the days ahead, from military guards and the clergy, to staff at Buckingham Palace  and Windsor Castle, who will be making sure the household continues to run smoothly during this traumatic time for the Queen.

Although there is a job to be done, those in the palace will have to ensure they are sensitive to the royal family’s grief. The Queen and her children and grandchildren will enter a period of mourning for their patriarch, which could last several weeks.

Official engagements, most of which are presently online, can continue during this time, although most are postponed or cancelled, but it depends on the wishes of the monarch.

In non-pandemic times, social engagements would usually be cancelled, except those for charitable causes.

There are various types of mourning, but Royal – also known as Court – Mourning, includes the royal family, royal households and the Queen’s representatives in the UK and abroad wearing black and also using black-edged writing paper.

There is also Family Mourning, which was observed after the Queen Mother’s death. It is undertaken by the royal family and also their households when they are in personal attendance. Black-edged writing paper is not used and Family Mourning is often shorter than Court Mourning – it will be up to the Queen to decide which to adopt.

The UK may also have a period of National Mourning for the general public, which is usually shorter. Following a royal death and during other periods of national mourning, Union flags are now flown at half-mast on royal buildings where the monarch is not in residence. The union flag is flying half mast at Buckingham Palace in honour of Philip.

But the Royal Standard, flown when the Queen is in residence at a royal palace, is the symbol of the continuation of the monarchy and never flies at half-mast.

After the death of Diana, Princess of Wales in 1997, there was a public outcry when the flagpole at Buckingham Palace remained bare. The Queen was not in residence, but away at Balmoral. In a break with protocol, the Queen eventually ordered that a Union flag be flown at half-mast for the first time at her London home.

It is now flown above Buckingham Palace, Windsor Castle and Sandringham when the Queen is not in residence.

Motocross in the UK