The hankering for pints masks an uneasy truth about British pub culture. 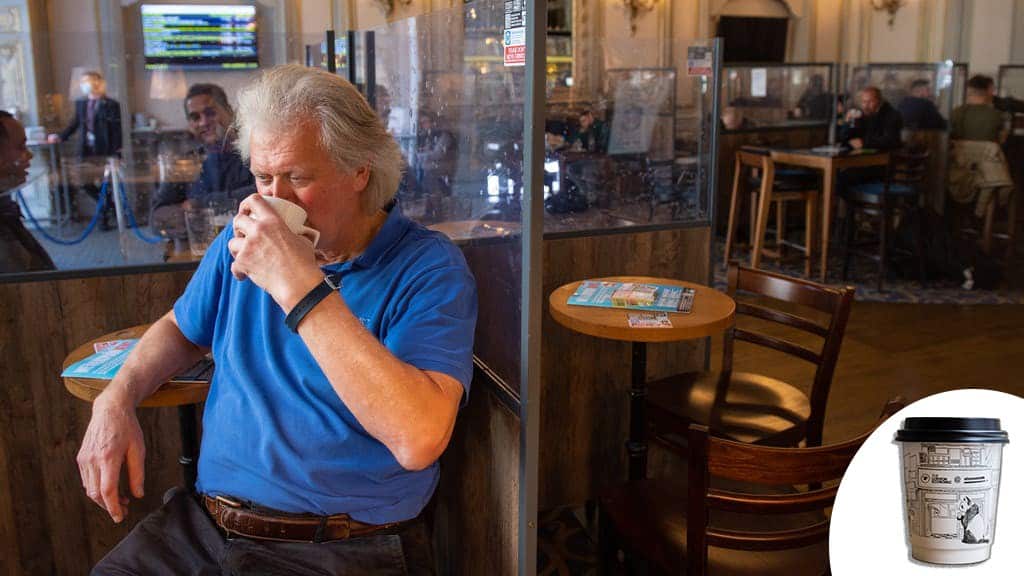 It’s in the interest of any British politician worth his bitter to talk about beer. David Cameron took Xi Jinping to a country pub during his state visit in 2015 – the very same pub in which he abandoned his eight-year-old daughter after a Sunday lunch a few years earlier. Boozy bravado was taken to an extreme unlikely to be surpassed by William Hague in 2000 who, seeking to relaunch his leadership of the Tory party, boasted of drinking 14 pints a day between the ages of 15 and 21. Needless to say, pub landlords in Hague’s home town of Rotherham couldn’t remember him “coming in for as much as a half of lager”.

Which brings us to Boris Johnson, who has pledged to hotfoot it to the nearest watering hole as soon as they open on Monday. Anyone lucky enough to be sat nearby will see our prime minister “cautiously but irreversibly raising a pint of beer to [his] lips” – his words, not ours. Sending Britain into its first lockdown last year, Johnson lamented that he had been forced to take away “the ancient, inalienable right of free-born people of the United Kingdom to go to the pub”. Heading to the local for a jar or two is apparently hardwired into our DNA, an inescapable cornerstone of our national mythology.

Or is it? Putting in a few calls this week in the hope of booking a table in the days following the grand reopening – “sorry, nothing this week or next”; “there’s an opening mid-May if you fancy?” – it certainly seems so. But once the great re-opening rush abates, will it last? That absence makes the heart grow fonder has been a truism unrivalled throughout the pandemic, and the misty-eyed wistfulness we’ve displayed towards ours pubs in the last twelve months masks an uncomfortable truth: British pub culture is fading, fast.

It’s a trend that pre-dates coronavirus. More than 13,000 pubs closed between 2001 and 2018. British pubs turned over £27.7 billion in 2004; that figure fell to £21.3 billion in 2016. Why? The ONS puts it down to “changing consumer habits”. People today are much more likely to spend their hard-earned cash on eating out than pints – alcohol consumption has tumbled by about 16 per cent since 2004. Pubs now employ more people to serve food than drinks. While around four-in-ten employees in the pub industry were bar workers in 2003, food staff now make up nearly 44 per cent of workers in the sector. It’s go gastro, or go bust.

Those pubs that do remain are increasingly homogenous. Of the 40,000-or-so in Britain, 14,000 are owned by the likes of Fuller’s, Young’s and Wetherspoons – or groups like Star Pubs & Bars, a division of brewing behemoth Heineken. Gone is “the stolid, comfortable ugliness of the nineteenth century” so cherished by George Orwell in his 1946 paean to the ideal pub The Moon Under Water, with its “grained woodwork, the ornamental mirrors behind the bar, the cast-iron fireplaces, the stuffed bull’s head over the mantelpiece”. Increasingly vanishing too are the ‘regulars’ – those folk who, Orwell said, “occupy the same chair every evening and go there for conversation as much as for the beer.”

The pandemic will hasten the decline. A quarter of Britain’s 39,700 pubs may not survive coronavirus. Those that do are likely to be backed by big firms who can afford to stump up the money for high street rents and bottomless kegs of Brewdog. As frustrating as it has been for those of us not organised enough to book a table for Monday night, the post-opening rush must endure – for the industry’s sake. If it doesn’t, British ‘pub culture’ could become yet another figment of our national imagination.