"Some people have lost two incomes and they don’t have a way of feeding their families this month." 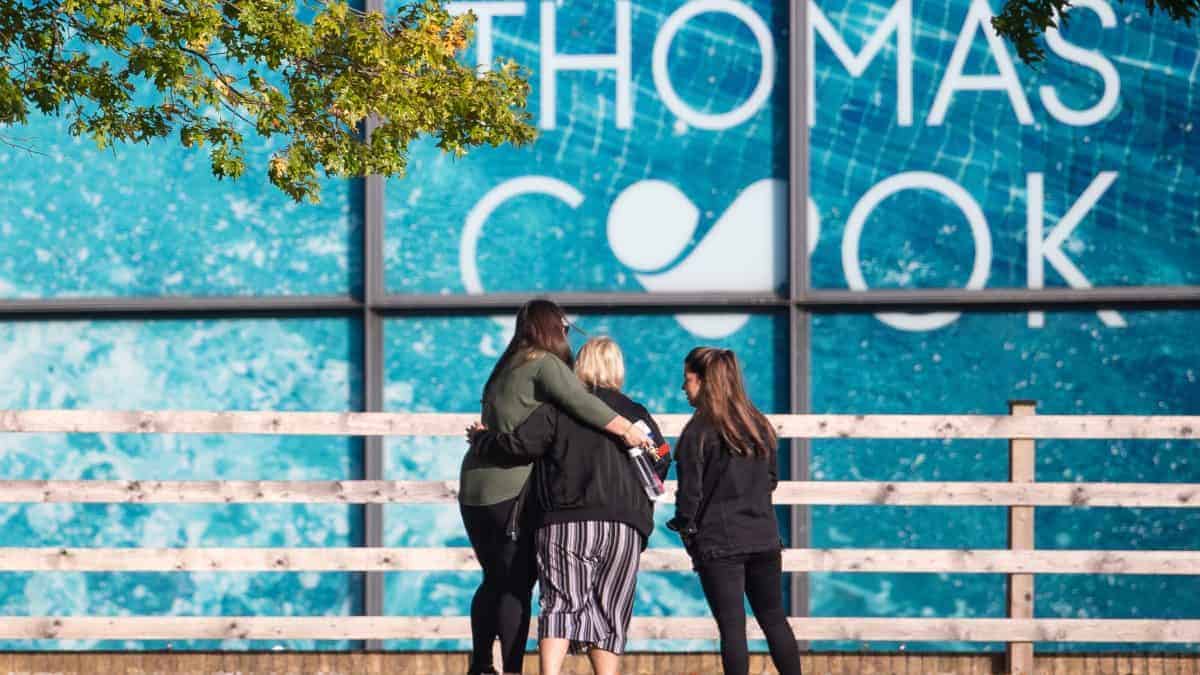 Former Thomas Cook staff have found themselves relying on family members and food banks to make ends meet after the travel company collapsed 11 days ago.

Former staff have been left with no choice but to sign on for universal credit but with a five-week wait, some have found themselves struggling to afford to pay their mortgages or shop for food.

Betty Knight, from Macclesfield, told the PA news agency that she was forced to go through her direct debits at the bank, cancelling anything they deemed to be a luxury.

One of the lucky ones

However, the former stewardess, who had worked at the company for almost 13 years, admitted she was “one of the lucky ones”, with some couples both being employed by the company.

She said: “I don’t have children, but some people have lost two incomes and they don’t have a way of feeding their families this month.

“I am lucky in that I don’t think I would need to [turn to foodbanks] as I have my family to support me. But some are not as lucky.”

The Department for Work and Pensions said although Thomas Cook staff would not be treated any differently to any other claimants, they could apply for a fast-track payment, which would give them a 100 per cent monthly advance from day one.

A spokesman for the department said: “Our rapid response team are also running recruitment fairs, which we expect thousands of Thomas Cook staff to attend.”

Ms Knight said her initial application to the job centre had been lost, resulting in a week-long delay. She has now signed up to an agency and has been given ad-hoc work, on a zero-hours contract, as a receptionist at a local garage.

She said: “This is what it is now. No job security, zero-hours contract, no pension, no sick pay, no holiday contributions.

“We went to a union meeting and everyone was upset because we are now navigating a world we knew nothing about.

“We thought Thomas Cook was a job for life, we were a family.”

“I haven’t been paid”

Another staff member told PA: “I haven’t been paid. It’s been really stressful as we were advised by our union to sign on to Jobseeker’s Allowance straight away.

“So as well as having to fill out all the forms for that, which most of us had no idea what we were doing, we have also had to fill in a lot of forms to claim for our redundancy.

“On top of that stress we are all figuring out how we were going pay our bills and we only had a matter of days to notify our banks and mortgage people that we may not be able to pay.”

One former staff member said she was owed well over £2,000. She said she had been offered help from family and friends, in the form of online shopping.

Ms Knight said some of the support from other businesses had been “overwhelming”.

She said: “We have a Facebook group where we post offers from different businesses — Revolution Bars have offered free lunch and a cocktail to all staff members. Other businesses have come forward and offered nail sessions, gym sessions.”

Ethical flower company Arena Flowers sent more than 200 bouquets of flowers to staff who had lost their jobs.

Ms Knight said: “They were the most beautiful flowers I have ever received.

“It was so overwhelming to know people care.”

Related: Children’s Food Campaign says it is “stumped” over ECB’s decision to allow KP Snacks to sponsor The Hundred