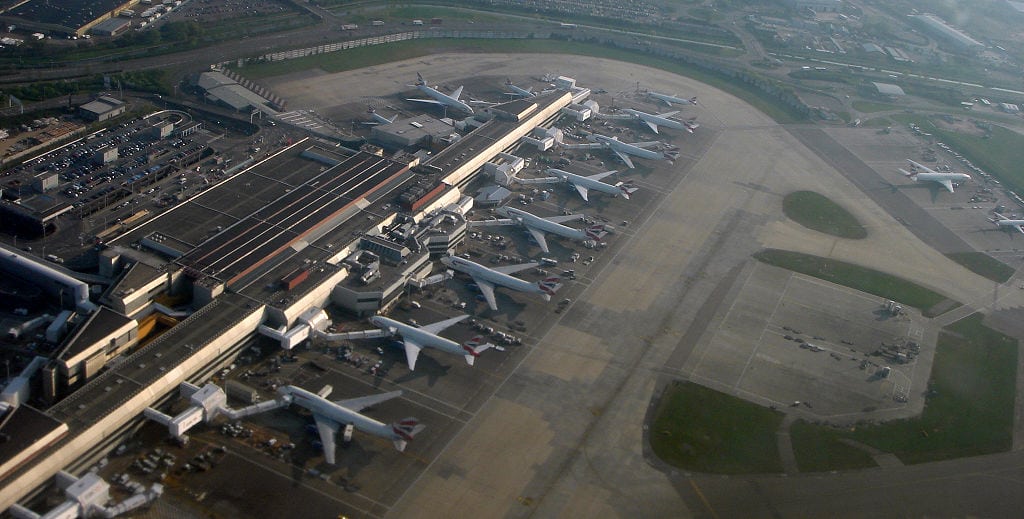 Flights had been grounded at Heathrow Airport after reports of a drone sighting. They have now resumed

“Stuck on the runway at Heathrow – people being selfish flying drones,” one traveller tweeted.

Another wrote: “We’ve been sitting on the runway at Heathrow for like an hour and a half.

A Heathrow spokeswoman had said it was a “precautionary measure” to “prevent any threat to operational safety”.

It comes after last month’s disruption at Gatwick Airport which saw thousands of people stranded when drones were sighted.

The Metropolitan Police said they received reports of a drone sighting near Heathrow at about 17:05 GMT.

The Metropolitan police said: “At approximately 5.05pm today, 8 January, we received reports of a sighting of a drone in the vicinity of Heathrow airport. As a precautionary measure, Heathrow airport has stopped departures, and officers based at Heathrow are currently investigating the reports with colleagues [there]”.

Transport sec, Chris Grayling, said he had been in contact with the UK’s busiest airport “I have already spoken to both the home secretary and defence secretary and the military are preparing to deploy the equipment used at Gatwick at Heathrow quickly should it prove necessary.”