According to reports, inner-city residents would suffer the most devastating consequences of a nuclear explosion, but even those living in Enfield and Croydon wouldn't be safe. 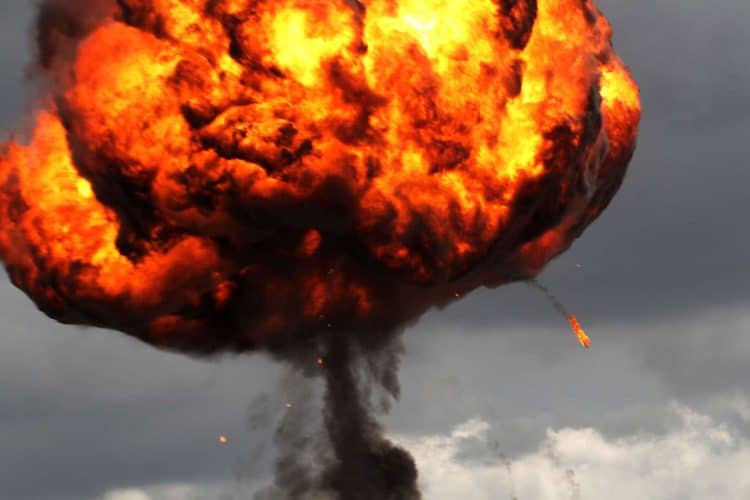 The Daily Express had a completely normal one today after it mapped the projected impact of a nuclear bomb explosion over London.

Using ‘Nukemap’, a site created by science historian Alex Wellerstein, it predicted that the blast range of a bomb explosion would engulf the capital and even impact northern towns like Enfield and southern towns such as Croydon.

According to the cutting-edge reporting, inner-city residents “would likely suffer the most devastating consequences such as severe third-degree burns that would completely destroy victims’ pain receptors.”

If Russia was was to use the Tsar Bomba, Nukemap estimates that as many as 5.7 million could be killed and 3.4 million more would be seriously injured, the newspaper reported.

Boris Johnson was today urged to impose tougher sanctions on Russia as the foreign secretary said the Government was already considering a number of further measures to stop Vladimir Putin’s incursion into Ukraine.

Writing in The Times Liz Truss, the foreign secretary, said she had held a call with G7 allies to “agree the next package” of sanctions, while No 10 insisted there was more to come if Russia did not back down from manoeuvres in eastern Ukraine where troops had been sent into the Donbas region under the guise of being “peacekeepers”.

Calls have also been held between UK ministers and their counterparts in Baltic states which may feel under threat by Russia’s actions, as the US sent troops already stationed in Europe to Estonia, Latvia and Lithuania in what was called a “defensive” move.

But the British sanctions offering was branded as “gruel” by the Liberal Democrats’ Layla Moran, while Labour leader Sir Keir Starmer said “we must be prepared to go further”.