"How anyone clings to the notion that a system which delivers, so consistently, majority Conservative governments on a minority of the votes cast is best for working people simply baffles me," Labour's Mark Drakeford said. 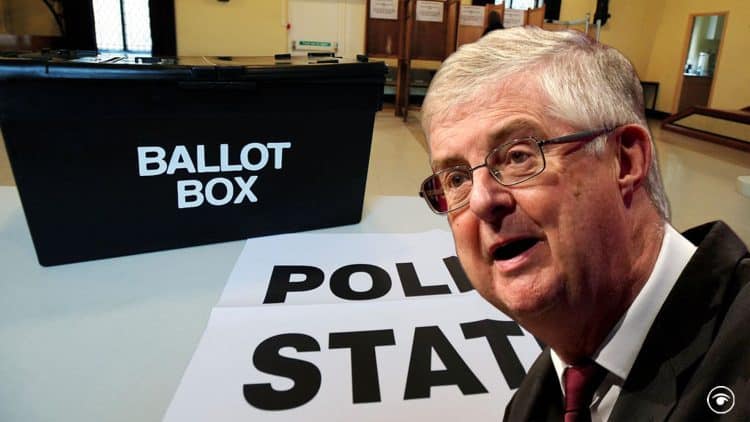 Wales’ first minister said he is “baffled” by people who support first-past-the-post elections and urged Labour to promise electoral reform in the next general election in a bid to “save the United Kingdom”.

Mark Drakeford’s call for his party to change the way in which MPs are elected for Westminster comes after electoral reform proposals were rejected at Labour’s conference last month.

The first-past-the-post electoral system, under which the candidate with the most votes wins, is currently used for Westminster elections, as well as parts of the Welsh and Scottish parliaments.

But many criticise it for being unfair, with Drakeford giving the last general election as an example, when Labour had 19 per cent of Scotland’s votes, but won only one seat.

In a lecture, he suggested the current way in which we vote for our representatives is ‘undemocratic’.

He said: “I have every sort of democratic quarrel with such a system, but for today I feel certain that its continuation will only feed further the fissures which threaten to prise the United Kingdom apart.

“How anyone clings to the notion that a system which delivers, so consistently, majority Conservative governments on a minority of the votes cast is best for working people simply baffles me.”

The move came after Unite did not support Labour members in their overwhelming support for electoral reform at the party’s annual conference, contributing to its failure.

As the group changed its stance, Unite’s general secretary Sharon Graham said: “Unite Policy Conference voted to support proportional representation in Westminster elections for the first time in our history.

“Our political class has failed working people and our system is broken. It is time to change our democracy.”

What is proportional representation?

Each area would have more than one representative, reflecting the different political views of each community whilst remaining fair to the strength of the feeling towards the most popular parties.

Under the proportional system, British people could vote either for a party, or for specifically for candidates.

Michael Dougan, European Law Professor at the University of Liverpool urged any union members to act now and tell their representatives to back proportional representation ahead of the next election – which may be as early as 2023.

He warned prime minister Boris Johnson is edging towards a significant part of the UK population ending up “so angry, disillusioned and alienated that they begin to cause a permanent threat to political stability within the country”, something which the prime minister “thinks he can control, but can’t”.