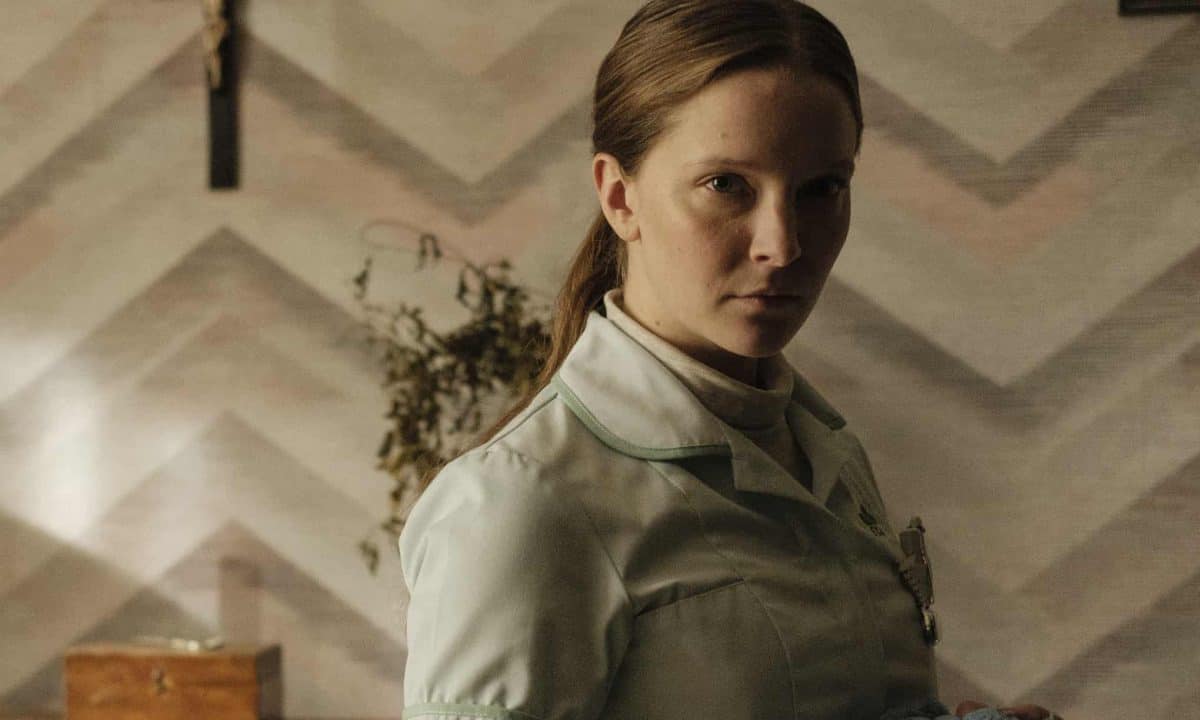 Katie has rebranded herself to Maud (Morfydd Clark) and is now a palliative care nurse, as well a newly devout Roman Catholic. Opening scenes of an old woman’s body and a traumatised Maud with bloody hands, signal to reasons behind this personal and occupational overhaul. Her all-consuming efforts are now redirected on to new patient Amanda (Jennifer Ehle) – a retired American dancer dying of cancer. Amanda has decided to spend her last bed-ridden days smoking and drinking herself into oblivion in her large house overlooking the bleak seaside town of Scarborough.

Initially a motherly- carer relationship forms underpinned by sexual tension. Amanda finds Maud’s piousness endearing, whilst Maud relishes in that Amanda is solely reliant on her and as an opportunity to save her atheist soul. Only for things to go awry when Maud’s faith is tested and she oversteps her boundaries, culminating into a very pubic showdown at Amanda’s birthday party, spiralling Maud’s already fragile mental state.

Internal conversations with god, are littered throughtout. Prayers and inner ramblings reveal Maud’s own creeping doubts, forever questioning his silence. God eventually answers, directly and indirectly, through a series of divine symbols. We assume these apparitions are a manifestation of a psychosis. However, Glass never lets on that what Maud is seeing isn’t real to her. Acts of self-harm – a gruesome moment where she inserts nails in the insoles of her trainers and walks about town – in Maud’s eyes are ultimate displays of devotion; surpassing pain-thresholds elevates her above other sinful mortals.

Clark is exceptional, exquisitely servicing an intentse and immersive portrayal. She gonizingly showcases the emotional gamut of her characater’s perpetual metamorphosis – from misguided soul to promiscuous predator to demon slaying saviour and back again. This continuous shifts in personality makes Maud an unreliable narrator; her unpredictability is anxiety-inducing at every turn.

It’s a meticulously crafted, sumptuous characterisation that is unique and audacious. Glass’s fresh, gender-bending approach to horror signals to an aesthetically individual directorial style way beyond her years. Despite it being her debut, Saint Maud thrusts her in auter teritory. Specifically in the way she intermingles theological and psychological tropes to methodically obscure the lines of whats real or not, as well as to sympathise and be repelled by Maud simultaneously – all in bid to make us question what we are seeing and sensing.

Saint Maud DVD is out now on DVD/ Blu Ray and VOD.