Football clubs across the UK have been observing a pre-match silence for the Duke of Edinburgh. 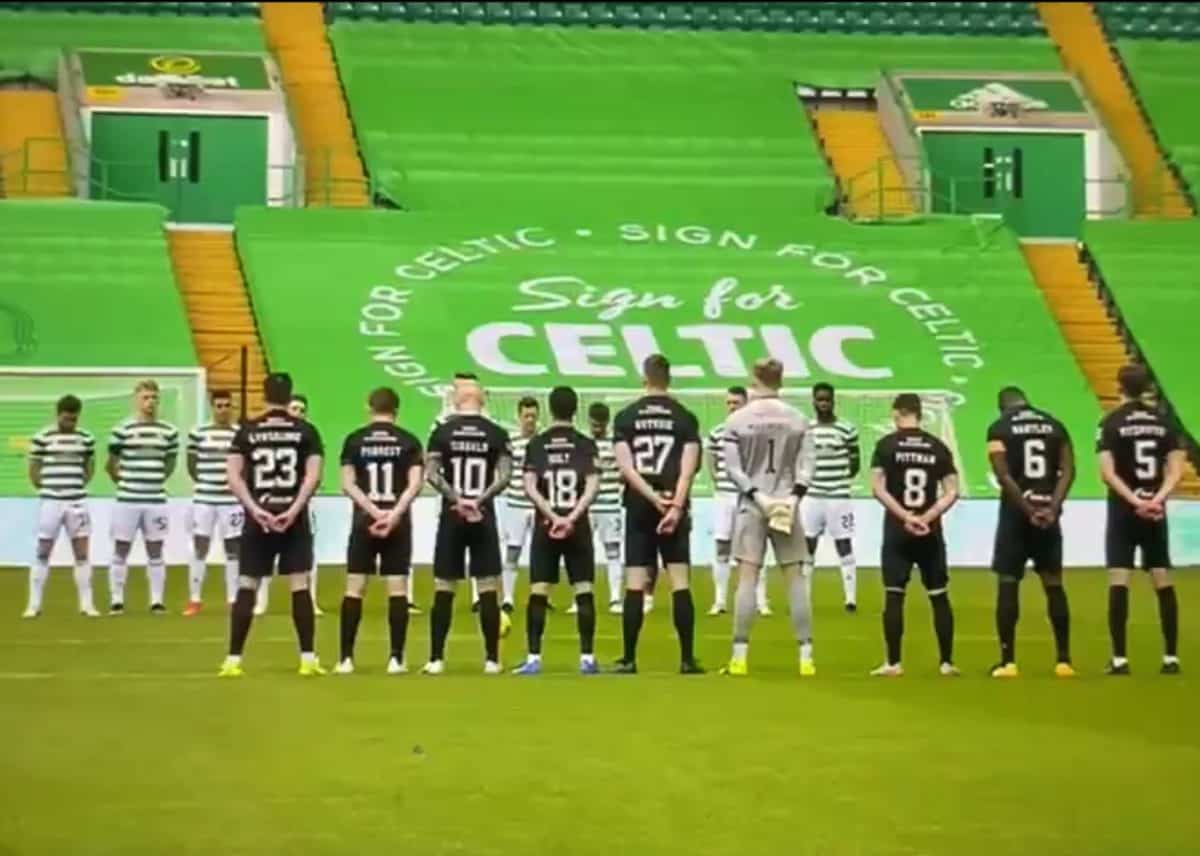 Celtic and Livingston players looked noticeably uncomfortable today as fireworks were set off over the ground during a minute’s silence in remembrance of the Duke of Edinburgh.

Footage shared on social media clearly shows audible pyrotechnics being let off over Celtic Park ahead of the Scottish Premier League clash.

The Duke of Edinburgh passed away yesterday aged 99, with football games across the country falling silent in honour of him.

The Union Jack was flown at half mast during Grand National Day at Aintree, and Jockeys, owners and trainers also stood for a two-minute silence in Liverpool.

Celtic FC have yet to comment on the incident this afternoon.

In Northern Ireland, leaders were fearful that the chaos that has plagued the region in recent days will continue into the weekend.

Loyalists have urged their communities to desist from protest activity as a mark of respect for the Duke of Edinburgh.

Despite this, small pockets of unrest continued in parts of the province last night.