"How is this cladding still in place?", one person said. 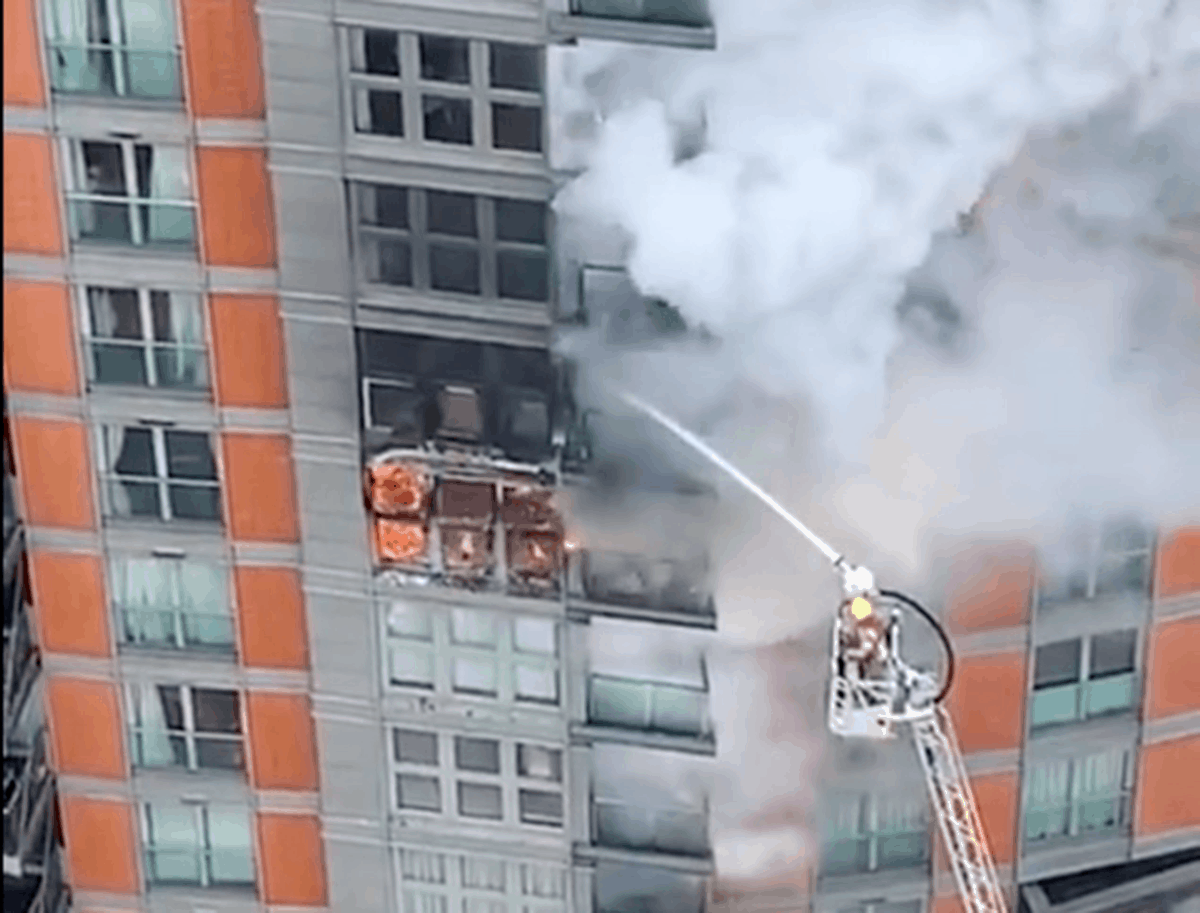 A fire has broken out at a 19-storey block of flat in Poplar, east London.

The building is thought to be covered with the same type of cladding used on Grenfell Tower.

Parts of the eighth, ninth and 10th floors are ablaze at New Providence Wharf on Fairmount Avenue in Poplar, the London Fire Brigade said.

The London Ambulance Service said it had treated a number of people at the scene.

? 20 fire engines on the scene of a fire at New Providence Wharf in East London this morning.

The building’s still covered in ACM cladding – the same type as was on Grenfell. Awaiting updates. @LBC pic.twitter.com/vvKaNzxTUW

Firefighters are tackling a fire at a 19-storey block of flats in #Poplar Parts of the 8th, 9th and 10th floors are alight. There are now 20 fire engines at the scene © @ATLondon2 https://t.co/XsbfJEXQqm pic.twitter.com/228AyjNzxf

Local Labour MP Apsana Begum says the residents had been “left vulnerable and unsafe” due to fire and building safety defects.

.@LFBTowerHamlets are working to tackle a fire at New Providence Wharf.

Meanwhile developer Ballymore continue to build & profit in £ms.@ballymore what *action* are you going to take now?