The former Prince of Wales ascended to the throne following the death of his mother, Queen Elizabeth II, on Thursday. 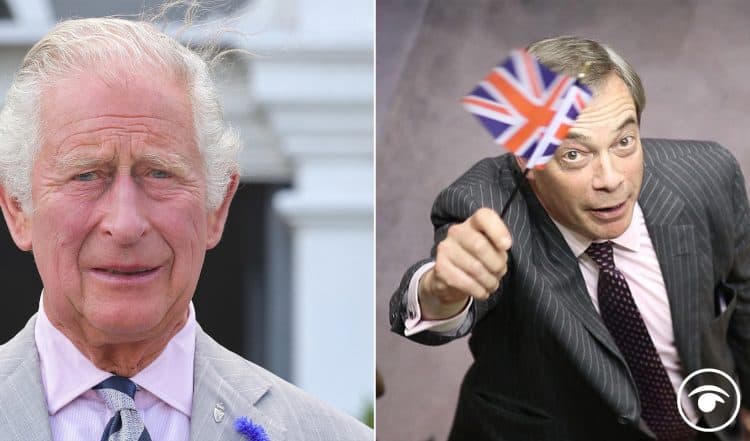 Most of us are old enough to remember when Nigel Farage spent a LOT of time slamming the then Prince Charles.

When Prince Charles was said to have branded Priti Patel’s Rwanda migrant policy ‘appalling,’ Farage was less then complimentary.

He really seems to have changed his tune in the last couple of days.

He tweeted: “It felt strange to us all to see King Charles addressing the nation this evening. He spoke beautifully about his beloved mother. There was a real sincerity and an immediate attempt to state that he would be apolitical. God Save The King!”

While we are on that subject, again Dan, why film it then?

Charles is to be proclaimed King at a ceremony at Cardiff Castle on Sunday.

The former Prince of Wales ascended to the throne following the death of his mother, Queen Elizabeth II, on Thursday.

He was then formally proclaimed King at a historic ceremony in St James’s Palace following a meeting of the accession council during which Charles swore an oath to privy counsellors.

Proclamations will take place in other parts of the UK, including Wales, at about midday today.

Up to 2,000 people will be allowed to attend the event, with spaces inside the grounds available on a first come, first served basis. Gates are expected to open at 10am.

People haven’t forgotten Nige, I wonder if Charles has seen any of your previous comments?

This is worth a watch…