Corbyn tweeted: ‘My thoughts are with the Queen’s family as they come to terms with their personal loss, as well as those here and around the world who will mourn her death.’ 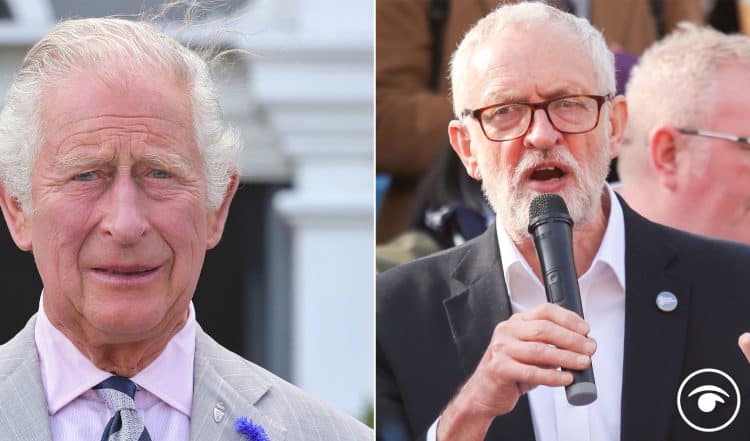 Jeremy Corbyn was invited to attend the Accession Council for the King yesterday – but did not turn up, much to the Mail’s dismay one assumes.

The Mirror’s Mikey Smith tweeted: “Understand invitations to the accession council went direct to Privy Council members, not via political parties. Privy Councillors who are sitting MPs – which includes Jeremy Corbyn – were automatically invited. It’s obviously up to members if they wish to attend or not.”

As a former party leader, and a serving member of the Privy Council, he would have had the automatic right to attend.

However, there are more than 700 privy counsellors, though only 200 were invited to attend.

It is hardly a surprise when he was asked in 2019 if ‘the Monarchy is fit for purpose’, he said it needed a ‘bit of improvement’.

However, following the Queen’s death, Mr Corbyn tweeted that ‘My thoughts are with the Queen’s family as they come to terms with their personal loss, as well as those here and around the world who will mourn her death.’

Do you think they had much to say about Corbyn?

Related: Farage is fawning over King Charles but people haven’t forgotten past comments