A man arrested in Germany on suspicion of murdering a senior local politician known for pro-migrant views was a far-right sympathiser, the Federal Prosecutor’s Office said on Monday. Walter Luebcke, a member of Chancellor Angela Merkel’s Christian Democrats, was found lying in a pool of blood on the terrace of his home in the state […] 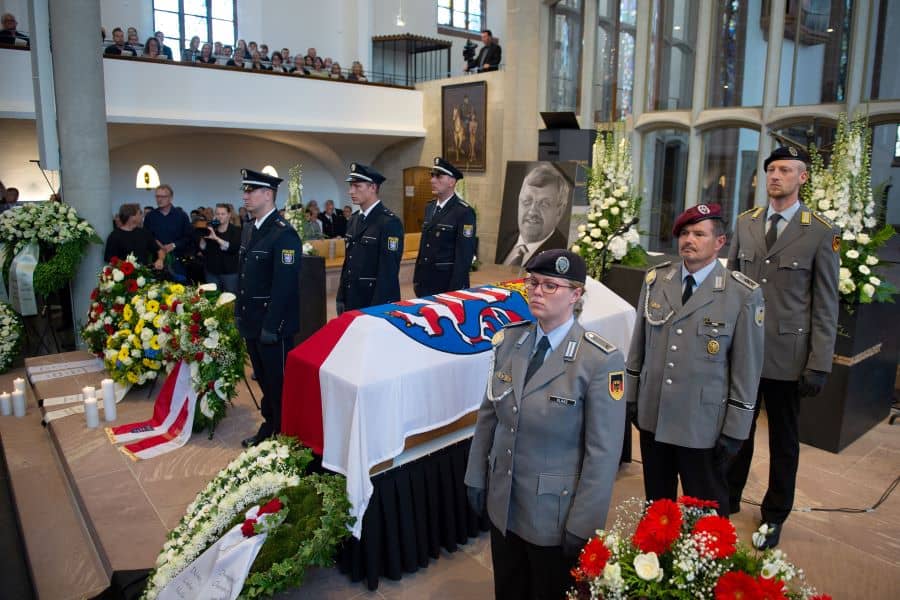 A man arrested in Germany on suspicion of murdering a senior local politician known for pro-migrant views was a far-right sympathiser, the Federal Prosecutor’s Office said on Monday.

Walter Luebcke, a member of Chancellor Angela Merkel’s Christian Democrats, was found lying in a pool of blood on the terrace of his home in the state of Hesse two weeks ago. He had been shot in the head.

Police special forces, acting on DNA evidence found at the scene, on Saturday arrested a 45-year-old man in the town of Kassel, about 20 km east of the village of Wolfhagen-Istha where Luebcke was shot.

The Prosecutor’s Office said 55-year-old Stefan E., whose surname was not released because of privacy laws, was suspected of having killed Luebcke.

“Based on the current state of investigations, we believe there is a right-wing extremist background to this act,” spokesman Markus Schmitt told reporters in Karlsruhe.

He said there was no evidence that the suspect had had accomplices or that he belonged to a far-right criminal network.

Even though politically motivated attacks on politicians are rare in Germany, the case has prompted calls on the government to do more to prevent far-right groups often using the Internet to agitate against Chancellor Angela Merkel’s 2015 decision to welcome around a million refugees, mostly from the Middle East, at the height of the refugee crisis.

“I’m stunned by the hate, threats and mockery levelled at Walter Luebcke even after his death,” Justice Minister Katarina Barley told the Sueddeutsche Zeitung daily. “This hatred is aimed at the very fabric of our society.”

Luebcke, who headed the Kassel regional government, had come to the attention of far-right news portals for speaking out in defence of Merkel’s decision.

Luebcke gave a speech in 2015 in which he advocated “Christian values” such as loving one’s neighbour, prompting at least one far-right publication to call him a traitor and publish his address.

Merkel’s decision to welcome so many Muslim asylum seekers, predominantly from Syria, Iraq and Afghanistan, has fuelled the rise of the far-right Alternative for Germany (AfD), which entered the national parliament for the first time in an election two years ago.

Germany’s main political parties say the AfD’s crude verbal attacks against Muslim migrants and populist declarations that Islam is incompatible with the German constitution are contributing to a rise in intolerance and hate speech.

The AfD, whose leaders have been accused of playing down Nazi crimes, denies harbouring racism.

The interior ministry said last month that politically motivated crime had fallen last year, but anti-Semitic crime had risen by some 20%, mostly perpetrated by individuals with far-right views.