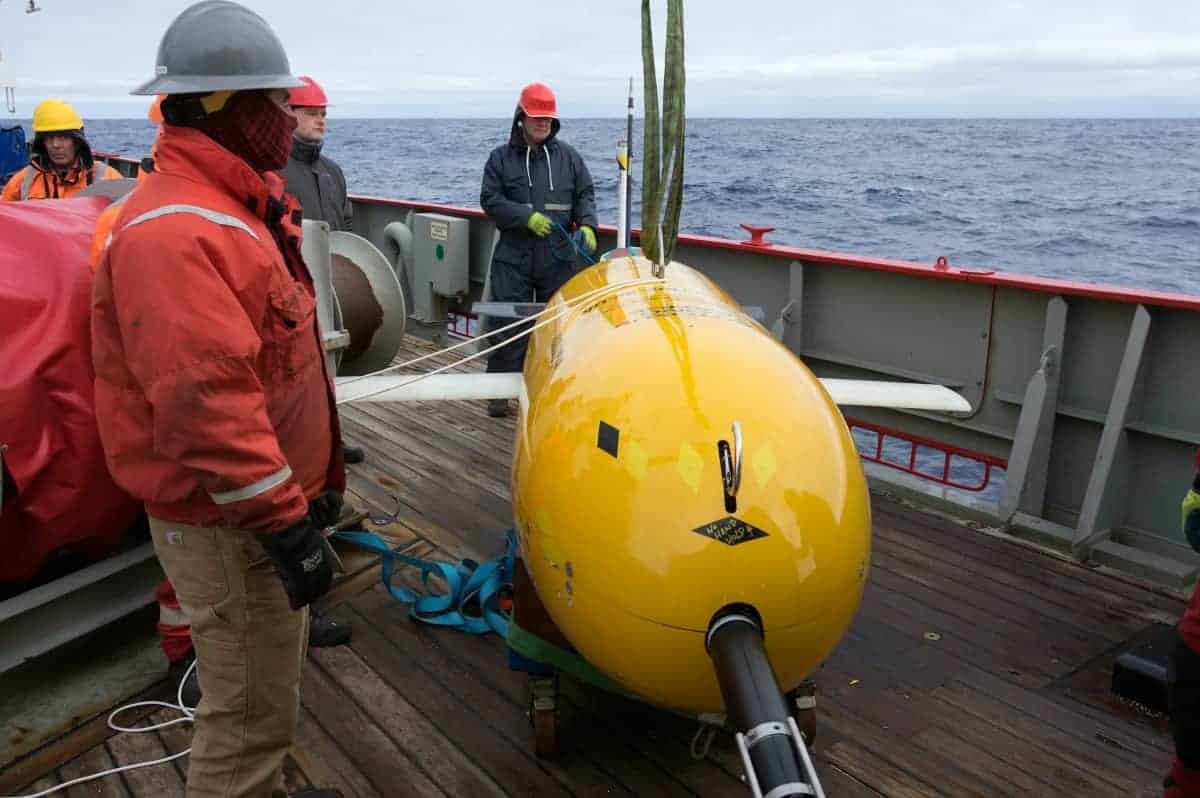 Climate scientists say that data collected from the publicly-named submarines’s first expedition will help them build more accurate predictions of the effects of climate change on rising global sea levels.

Boaty McBoatface is the lead boat of the Autosub Long Range-class of autonomous underwater vehicles (AUVs) used for scientific research.

It us carried on the research vessel RRS Sir David Attenborough owned by the Natural Environment Research Council (NERC) and operated by the British Antarctic Survey (BAS).

The name Boaty McBoatface was originally proposed in an online poll to name the ship that would eventually be named RRS Sir David Attenborough.

Although Boaty McBoatface was the most popular suggestion in the poll, the suggestion to use the name for the mother ship was not followed, and the Minister for Universities and Science, Jo Johnson, announced that the Boaty McBoatface name would be used for one of the submersibles aboard Sir David Attenborough instead.

Scientists have revealed that Boaty’s first mission, which took place in April 2017, involved studied the changing temperatures at the bottom of the Southern Ocean.

During the three day mission, Boaty travelled 180 kilometres (112 miles) through mountainous underwater valleys measuring the temperature, saltiness and turbulence of the water at the bottom of the ocean.

Using an echo sounder to navigate, Boaty successfully completed the perilous route, reaching depths of up to 4,000 metres (13,123 ft), to re-unite with the rest of the project team at the programmed rendezvous location where Boaty was recovered from the water and measurements collected along its route were downloaded.

In recent decades, winds blowing over the Southern Ocean have been getting stronger due to the hole in the ozone layer above Antarctica and increasing greenhouse gases.

Now information collected by Boaty, along with other ocean measurements collected from research vessel RRS James Clark Ross, have revealed a mechanism that enables the winds to increase turbulence deep in the Southern Ocean, causing warm water at mid depths to mix with cold, dense water in the abyss.

Scientists say that the resulting warming of the water on the seabed is a “significant contributor” to rising sea levels.

However, the mechanism uncovered by Boaty is not built into current models for predicting the impact of increasing global temperatures on our oceans.

Boaty’s mission was part of a joint project involving the University of Southampton, the National Oceanography Centre, the British Antarctic Survey, Woods Hole Oceanographic Institution and Princeton University in the United States.

Project leader Professor Alberto Naveira Garabato, of Southampton Univeristy, said: ‘Our study is an important step in understanding how the climate change happening in the remote and inhospitable Antarctic waters will impact the warming of the oceans as a whole and future sea level rise.”

Dr. Eleanor Frajka-Williams, of the National Oceanography Centre said: “The data from Boaty McBoatface gave us a completely new way of looking at the deep ocean -the path taken by Boaty created a spatial view of the turbulence near the seafloor.”

Dr. Povl Abrahamsen, of the British Antarctic Survey, added: ‘This study is a great example of how exciting new technology such as the unmanned submarine Boaty McBoatface can be used along with ship-based measurements and cutting-edge ocean models to discover and explain previously unknown processes affecting heat transport within the ocean.’