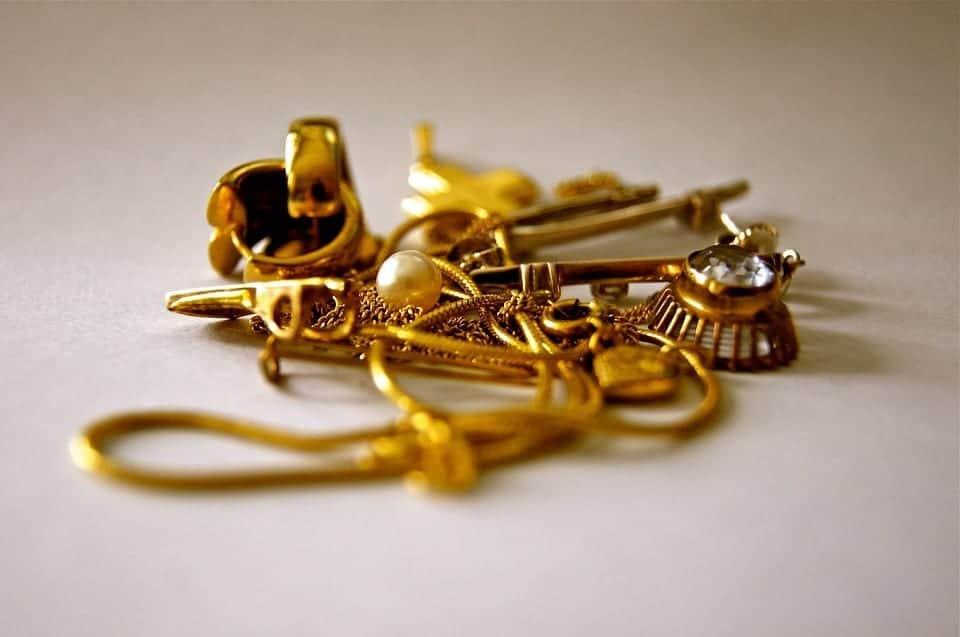 Families who keep gold and other designer jewellery in the house are being warned to up their security after an elderly couple were raided by an armed gang.

Detectives warned of a spike in burglaries during the upcoming Hindu festival Diwali after the couple were threatened by four thugs who demanded their “Asian gold”.

The woman, 77, had a chisel held to her throat and made to hand over her wedding ring.

Her partner, 82, was marched upstairs and made to hand over more jewellery and £1260 in cash.

Cops have now launched “Operation Nugget” to clamp down on the thefts, with £9 million in jewels stolen from Asian families in just one year.

The elderly woman, who did not want to be named, said: “These men came in through our open kitchen window and threatened my husband and I.

“They turned our house upside down and stole our jewellery, including my much loved wedding ring.

“I would urge everyone to store their jewellery away from their home and properly secure their doors and windows.”

Detective Constable Lisa Keely added: “Gold will continue to be highly desired by criminals due to the speed and anonymity with which it can be exchanged for large sums of cash.

“These pieces of gold and jewellery are not just valuable possessions, they are also of great sentimental value, and if stolen, would have a huge impact on owners.”

Bank cards, necklaces and other rings were also taken by the masked burglars during the February raid.

Police said there were 1,891 burglaries with Asian victims during the last financial year, with 6,369 items of jewellery stolen, valued at nearly £9m.

The main point of entry for these burglaries was via the front door, followed by the patio door or via a window.

Detectives also said families from Jewish and Maltese communities were at an increased risk of falling victim.

Burglars have even been known to rip up floorboards, remove bath panels and take safes, cops said.

DC Keely added: “The festival period tends to see a spike in this type of crime largely due to more jewellery being worn as communities travel across London to different venues – whether temples or to other people’s homes.

“Our proactive measures to tackle these crimes has seen reductions in offences, however there is more to be done.

“As part of this work, we urge Londoners to take action to safeguard their gold and jewellery by following our simple crime prevention advice.”