“Whether it be the A-levels fiasco, the masses of student lockdowns or the financial exploitation students are facing, we are fed up." 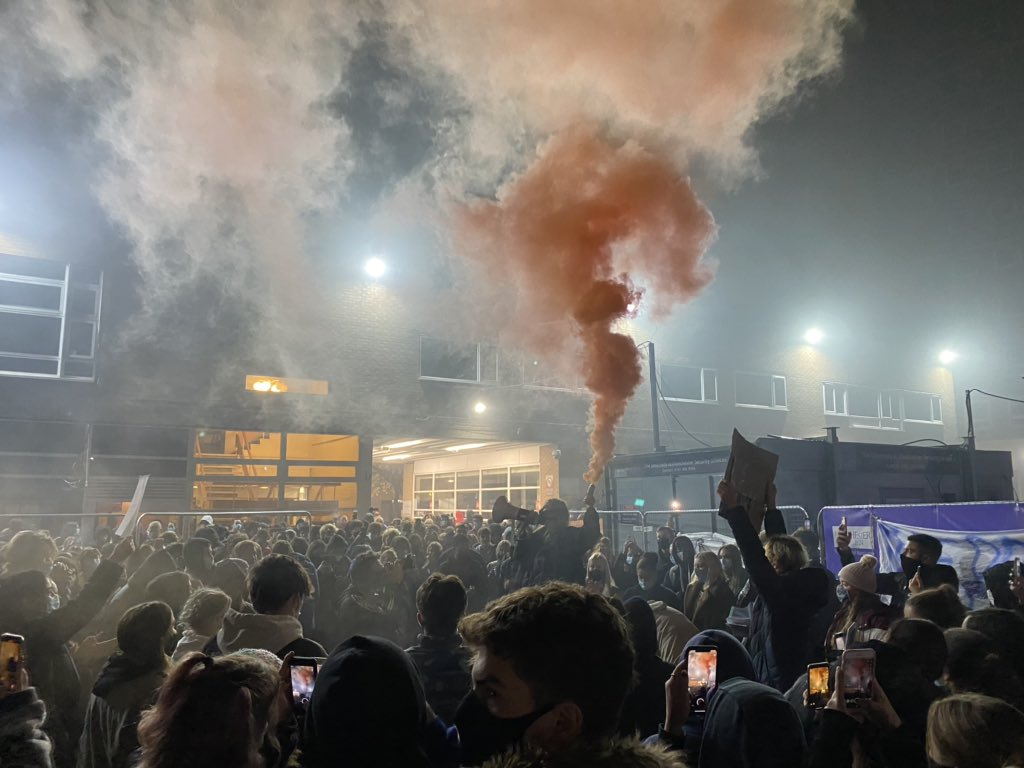 Nearly two in three students do not think the Government is acting in their best interests and it has not adequately considered the difficulties they may face as a result of coronavirus, a survey suggests.

A growing proportion (52%) of students say they feel more political due to Covid-19, according to the poll by the National Union of Students (NUS).

Larissa Kennedy, the NUS national president, said the Government’s failures were “politicising a generation” and prompting rent strikes across the country as anger grows among the student population.

“Whether it be the A-levels fiasco, the masses of student lockdowns or the financial exploitation students are facing, we are fed up and acutely aware that the problems arising are indicative of foundational flaws in our education system that this Government has failed to reckon with,” she said.

Last month, thousands of students at the University of Manchester were awarded a 30% rent reduction amid ongoing strikes after face-to-face classes were halted and there were issues with accommodation.

Protests also erupted when a fence was erected around campus halls as the second lockdown began without students being consulted.

The survey, of 4,193 students in November, suggests that 65% do not agree that the UK Government has adequately considered the difficulties that students may face as a result of coronavirus.

Meanwhile, 63% do not feel confident that the UK Government is acting in their best interests.

The findings come as universities were told to move teaching online in the final days of term to allow students to travel home safely for Christmas.

In July, 46% of students surveyed by the NUS said they felt more political as a result of coronavirus. But in November, this figure rose to just over half (52%).

The poll was carried out before the Department for Education (DfE) published advice for universities to stagger the return of students over five weeks in the new year to reduce the transmission of Covid-19.

Medical students and those on placements or practical courses with a need for in-person teaching in England should return to university between January 4 and January 18, according to the guidance.

But the remaining students should be offered online lessons from the beginning of term – and the advice says they should only return to their university gradually over a two-week period from January 25.

Nearly four in five (78%) of students say they have adhered to the Government’s guidelines on restricted social interactions – and only 4% said they, or someone else they know, have received a penalty for breaking Government guidance, according to the NUS poll.

Ms Kennedy said: “It has been a year since this Government came to power, and they have consistently ignored the needs of students.

“Students deserve better than this, and we need the Government to rectify their failings, starting by providing financial support to get money back in students’ pockets, investing in mental health services and in the digital infrastructure needed to make online learning more accessible.

“These findings should come as a stark warning to the Government.”

A Department for Education spokesman responded: “We understand this has been a very difficult time for students, which is why we have prioritised their education and wellbeing from the start of this pandemic, supporting universities to provide a blend of online and in-person learning in a Covid-secure way.

“The Government has recently announced up to £20 million to help students most in need of support in these exceptional circumstances, in addition to work with the Office for Students to enable universities to draw upon existing funding of £256 million to help those facing financial hardship.

“We also worked closely with the Office for Students, providing up to £3 million to fund the mental health platform, Student Space, which is designed to work alongside university and NHS services.”

University staff and students remain “in the dark” about whether they will be able to access vital research funding and take part in exchange opportunities when Britain leaves the EU.

Higher education leaders are calling on the Government to prioritise full participation in the Erasmus+ exchange scheme and the Horizon Europe research funding programme as a no-deal Brexit looms.

Leaving the EU without a deal would be “catastrophic” for students at a time when universities are responding to the challenges posed by the Covid-19 pandemic, the National Union of Students (NUS) has said.

Universities UK (UUK), an organisation which represents vice-chancellors at 140 universities, has warned that a no-deal Brexit could have “longer-term consequences” for the sector’s international competitiveness.

Full participation in the EU’s flagship Horizon Europe research funding scheme will be “fundamental” if Britain is going to continue to attract the best scientists and researchers in the years to come, the UUK has said.

The UK’s ability to participate in Erasmus+, which helps students study in other countries, may also come to an end without a deal.

Nick Hillman, director of the Higher Education Policy Institute (Hepi), told the PA news agency: “We are a central player in EU research programmes and both the UK and the EU will be poorer without our involvement, meaning global research will also be diminished.

“The Treasury has recently promised funding for a domestic alternative to Erasmus+, but that will presumably exclude the ‘exchange’ element of Erasmus+ so is likely to be inferior.”