The Unite union said hundreds of employees are off work at some sites, with alerts from the NHS app causing “havoc” on production lines. 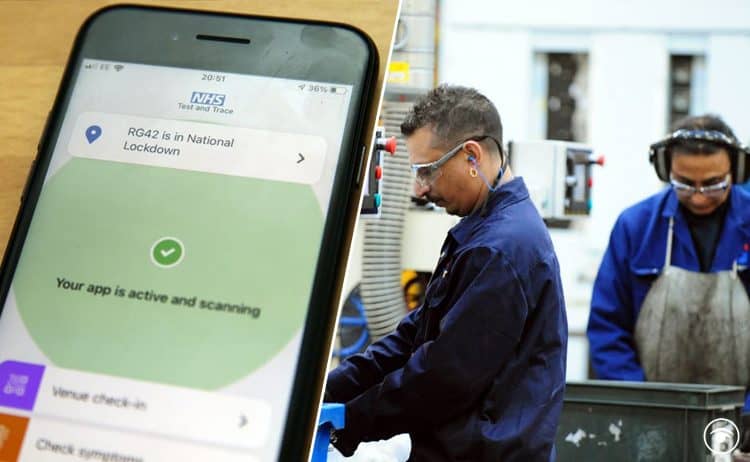 More than half a million alerts were sent to users of the NHS Covid-19 app in England and Wales in the most recent week, telling them they had been in close contact with someone who had tested positive for coronavirus.

This is up 46 per cent on the previous week and is the highest seven-day total since data was first published in January.

The figures come amid warnings that factories are on the verge of shutting because of staff shortages caused by people having to self-isolate.

The Unite union said hundreds of employees are off work at some sites, especially in the automotive sector, with alerts from the NHS app causing “havoc” on production lines.

The NHS Covid-19 app covers England and Wales only, with similar contact tracing apps in place in Scotland and Northern Ireland.

Separate figures published on Thursday showed nearly one in seven people transferred to the Test and Trace system in England after testing positive for Covid-19 are not being reached.

This is the highest proportion not reached since the middle of October last year.

Some 13.7 per cent of people transferred to Test and Trace in the week to July 7 were not reached, according to the Department of Health and Social Care.

The figure has not been this high since the week ending October 21, when it stood at 14.5 per cent.

Anybody in England who tests positive for Covid-19, either through a rapid (LFD) test or a PCR test processed in a laboratory, is transferred to Test and Trace so their contacts can be traced and alerted.

Some 86.1 per cent of these people were reached in the latest week.

This is up 43 per cent on the previous week, and is the highest number of people testing positive since the week to January 27.

The sharp jump in positive cases reflects the impact of the third wave of coronavirus that is continuing to spread across the country.

The latest data suggests the Test and Trace system is facing pressures similar to those seen during the second wave of the virus last winter.

Just under two-thirds (63.0 per cent) of people who were tested for Covid-19 in England in the week ending July 7 at a regional site, local site or mobile testing unit – a so-called “in-person” test – received their result within 24 hours.

This is down from 76.9 per cent the previous week and is the lowest percentage since the week to January 13.

Prime Minister Boris Johnson had pledged that, by the end of June 2020, the results of all in-person tests would be back within 24 hours.

He told the House of Commons on June 3 2020 he would get “all tests turned around within 24 hours by the end of June, except for difficulties with postal tests or insuperable problems like that”.