A majority of Britons back supporters' trusts being able to buy shares in their club. 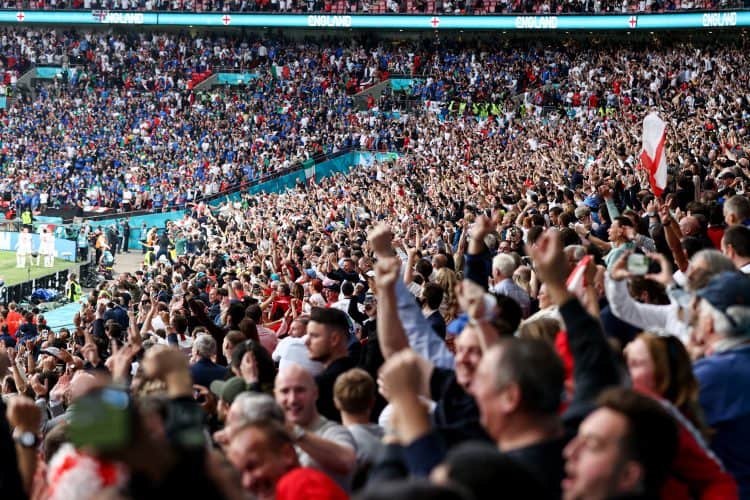 Brits want football fans to have more control over how their clubs are run, polling has revealed.

In an exclusive poll conducted by Savanta ComRes for LabourList, it emerged that 43 per cent of British adults believe football fans should be given greater say over how the club they support is run.

The research, which lends weight to calls for a number of bold reforms to the English game, suggests that 52 per cent back supporters’ trusts being able to buy shares in their clubs – a policy first proposed by Labour in its 2010 general election manifesto.

A further 44 per cent support the introduction of a ’50 plus one’ rule, whereby a majority of voting rights sit with fans as opposed to commercial investors.

The rule was introduced in Germany in 1999, meaning that clubs are forbidden from competing in the Bundesliga if they are majority-owned by commercial stakeholders.

Polling also showed that 42 per cent believe supporters’ trusts should be able to appoint and remove club directors, with just ten per cent opposing the move.

Sir Keir Starmer, the Labour leader, said the proposals were “money-grabbing” at the time – while Boris Johnson vowed to create legislation to block its formation and punish wantaway teams.

Earlier this year, Oliver Dowden – the culture secretary – said an interim report from a fan-led review into football governance was expected to be published “by the summer”.

He told MPs that the review, brought forward by the government due to controversies over the Super League, will be “serious” and consider ownership, finance and supporter involvement in the game.

Responding to the polling Labour’s Alison McGovern – the shadow sports secretary – told LabourList: “Whatever else happens now in the coming hours, weeks and months, we must turn that anger into action. I have been banging on with others in parliament about changing football governance for far too long.

“Far too little has happened. Well, if this is what it takes to change the way that football is governed in this country, then fine. Let’s crack on with it.”