“By taking the knee our women’s football side are embodying the values of Team GB," the British Olympic Association CEO said. 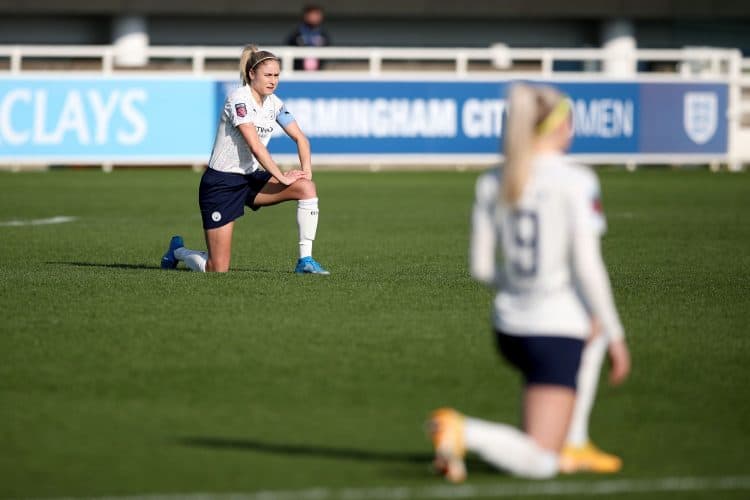 The Team GB women’s football team have vowed to take the knee ahead of kick-off during the Tokyo Olympics.

Their decision comes amid an ongoing row between the England men’s football team and ministers over racist abuse of some of the team’s black players following the side’s Euro 2020 final defeat to Italy on Sunday night.

Tyrone Mings, the Aston Villa defender, said Home Secretary Priti Patel had “stoke(d) the fire”, having previously refused to criticise fans who booed the team for taking the knee in protest against racism.

“You don’t get to stoke the fire at the beginning of the tournament by labelling our anti-racism message as ‘Gesture Politics’ & then pretend to be disgusted when the very thing we’re campaigning against happens,” he said.

Even among members of Patel’s own party, Mings’ intervention was well-received. Former Conservative minister Johnny Mercer tweeted that the footballer “is completely right”, adding that he was “very uncomfortable with the position we Conservatives are needlessly forcing ourselves into”.

And, ahead of the Olympics, Team GB has followed the England team’s lead. The squad’s manager, Hege Riise, said players and coaches were “all united in our decision to continue doing whatever we can to raise awareness of racism and discrimination in all its forms, standing in unity and solidarity with all those whose lives are affected.”

She added: “We are clear that taking the knee is an important symbol of peaceful protest against discrimination, injustice and inequality in society and we are glad that the IOC have acknowledged the importance of this form of freedom of expression.

“We will do so with the utmost respect for our fellow competitors, officials and the IOC, with due regard for the ideals that lie at the heart of the Olympic movement.”

Andy Anson, British Olympic Association CEO, said: “As one of the most diverse and inclusive sports teams in the UK, Team GB will always support any athlete from any sport and their right to promote equality and a more just society, where it is carried out peacefully, respectfully and without disruption.

“By taking the knee our women’s football side are embodying the values of Team GB.”

Rules around protesting were earlier this month relaxed by the IOC, with athletes able to “express their views” before and after competing, as long as gestures are not “disruptive” and done with the respect of all competitors.

Meanwhile, social media companies are handing police the details of accounts involved in racism towards England football players, with four arrests being made so far in connection with the abuse.