'What about Afghans who make their own way to the UK to seek asylum or who are already here? Will they still be vilified and criminalised by the Government’s draconian new asylum measures?” 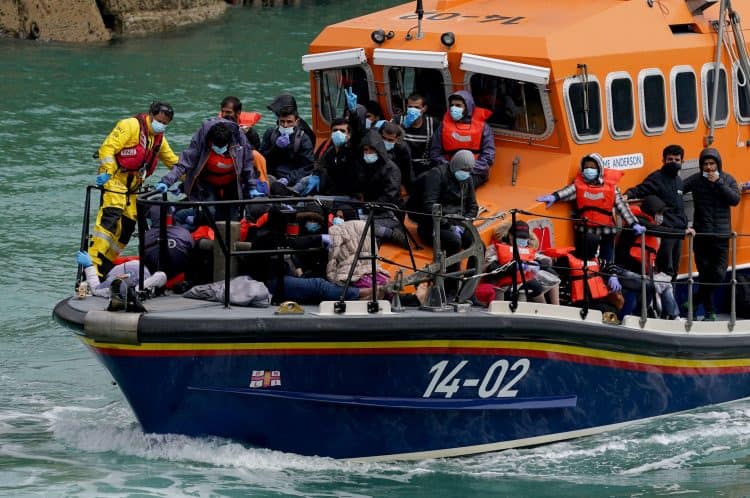 Human rights organisations have criticised the Government’s immigration policy in light of the announcement that the UK would take in 20,000 Afghan refugees after the Taliban seized control of the country.

Amnesty International UK and charity Refugee Action both welcomed an announcement by Boris Johnson that the UK would take 5,000 refugees – mainly women and girls, and religious and other minorities – in the first year of the new Afghan Citizens’ Resettlement Scheme, up to a total on 20,000 in coming years.

But leaders of the organisations said the wider immigration policy being pursued by ministers would mean any refugees who made their own way to the UK would fall foul of reforms currently passing through Parliament.

Steve Valdez-Symonds, refugee and migrant rights director at Amnesty International UK, said the announcement on Tuesday evening was welcome but was “unforgivably slow or just not focused on the most immediate emergency for people at risk in the country”.

He said: “And what, meanwhile, about Afghans who make their own way to the UK to seek asylum or who are already here? Will they still be vilified and criminalised by the Government’s draconian new asylum measures?”

While Tim Naor Hilton, CEO of Refugee Action, said that it should not have taken “a crisis on this scale for the Government to finally set an ambitious refugee resettlement target”.

He said: “Refugee resettlement is life-changing, giving families and individuals the opportunity to rebuild their lives in safety.”

But he added: “The Government should build a sustainable protection system led by principles, not headlines. That means committing to resettle 10,000 refugees from across the world each year so that the UK can provide safety for those escaping the crises of both today and tomorrow.

“Furthermore, this commitment cannot act as a mask to hide the Government’s real intentions to effectively end the asylum system through its anti-refugee bill.

“Under the bill, Afghan refugees arriving in the UK through other routes would be met with punishment, not protection. Their claim would most likely be deemed inadmissible, they would be left in dilapidated army barracks and potentially shipped off to faraway islands for who knows how long.

“If this Government is serious about upholding its international obligations to protect refugees, it must throw out this extreme and nasty bill”.

The Nationality and Borders Bill, dubbed as the anti-refugee bill by campaigners critical of the plans, is currently moving through Parliament.

The Bill includes clauses to allow the UK to be able to send asylum seekers to a “safe third country” and to submit claims at a “designated place” determined by the Secretary of State.

The Bill also gives Border Force officers powers to turn migrants away from the UK while at sea, and makes it a criminal offence to knowingly arrive in the UK without permission – with the maximum sentence for those entering the country unlawfully rising from six months’ imprisonment to four years.

For the first time, how someone enters the UK – legally or “illegally” – will have an impact on how their asylum claim progresses and on their status in the UK if that claim is successful.

The stricter rules are part of Home Secretary Priti Patel’s pledge to “fix” the UK’s “broken asylum system” and have been hailed by the Government as “fundamental reforms” under a “landmark” Bill as part of its “fair but firm” new plan for immigration first published in March.

The Home Office has insisted the most “radical” changes in decades will “prioritise those most in need of protection while stopping the abuse of the system”.