Ruth Jarman, 56, is accused of refusing to move on when police tried to clear a sit in at the usually busy junction on April 18 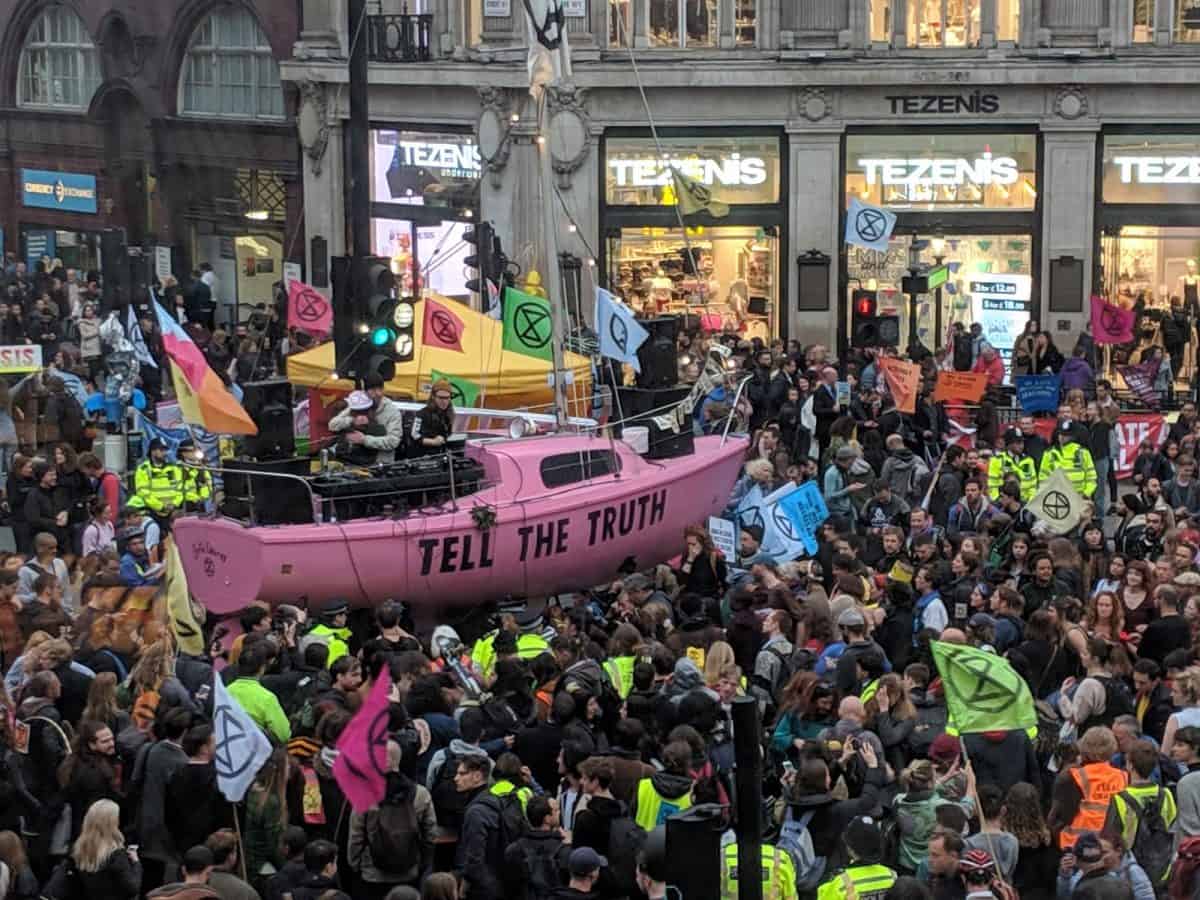 An Extinction Rebellion protester has been banned from Oxford Circus after denying failure to leave the busy shopping district during climate protests.

Ruth Jarman, 56, is accused of refusing to move on when police tried to clear the busy junction at Oxford Circus on April 18.

Jarman is alleged to have been part of the climate change protests which shut down major areas in London including Oxford Circus, Waterloo Bridge and Marble Arch for several days last month.

The Christian charity worker denied failing to comply with a condition imposed by police “not to congregate within Oxford Circus junction with Regent Street” when she appeared at Willesden Magistrates’ Court today.

Ms Jarman from Hartley Wintney in Hampshire was banned from the central London junction as part of bail conditions until her trial at Hendon Magistrates’ Court in September.