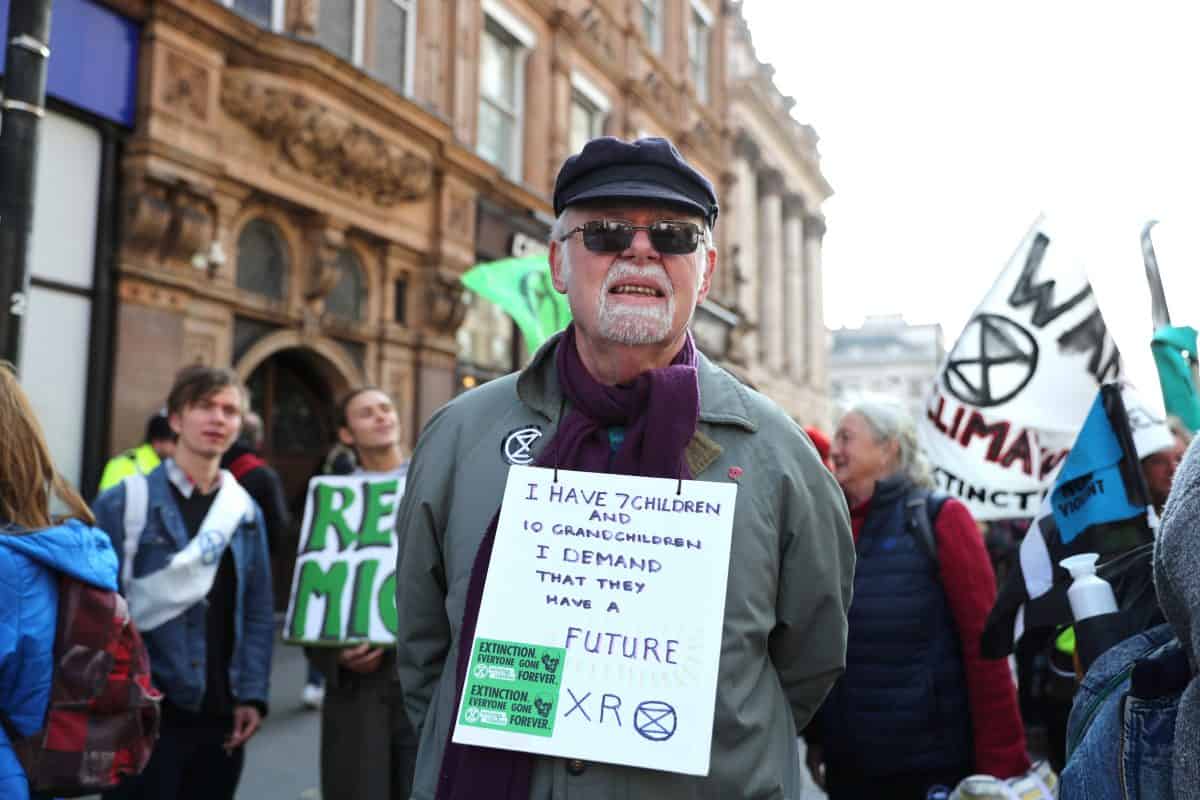 Extinction Rebellion is a protest movement that is holding actions in 80 cities in 33 countries around the planet.

Busy junctions at five of London’s iconic locations are being blocked, bringing much of the capital to a standstill.

As can a full declaration of the movement’s aims.

“Our air is so toxic that the United Kingdom is breaking the law. It harms the unborn whilst causing tens of thousands to die. The breakdown of our climate has begun. There will be more wildfires, unpredictable super storms, increasing famine and untold drought as food supplies and fresh water disappear.”

There has been at least one arrest so far.

Activists said at least one arrest had been made as acts of civil disobedience spread across the capital. The campaign cites the civil rights and suffragette movements as inspiration.

Extinction Rebellion is backed by many scientists, academics, and public figures such as former archbishop of Canterbury Rowan Williams.