Is this what a "DefCon 8 level 3 killer death heatwave warning" looks like, Jeremy Clarkson? 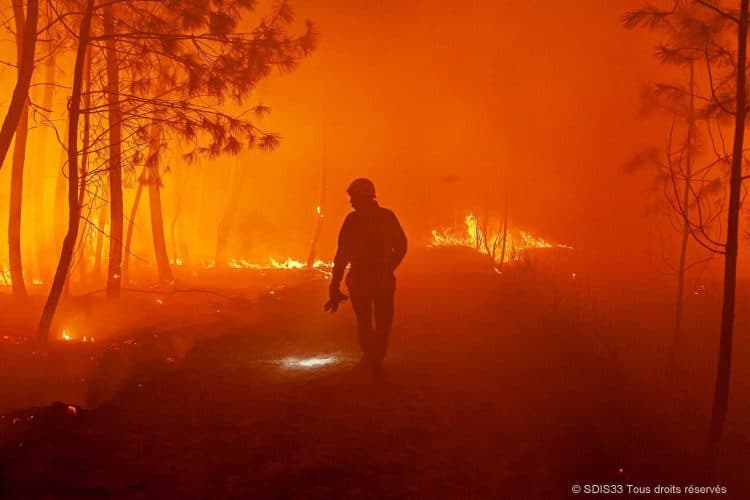 Heatwaves across parts of Europe fuelled ferocious wildfires in Spain, Portugal and France, which evacuated thousands of people and scrambled water-bombing planes and firefighters to battle flames in tinder-dry forests.

Two people were killed in the blazes in Spain that its prime minister linked to global warming, saying, “Climate change kills.”

That toll comes on top of the hundreds of heat-related deaths reported in the Iberian peninsula, as high temperatures have gripped the continent in recent days and triggered wildfires from Portugal to the Balkans.

Some areas, including northern Italy, are also experiencing extended droughts.

In France, heat records were broken and swirling hot winds complicated firefighting in the country’s south-west.

“The fire is literally exploding,” said Marc Vermeulen, the regional fire service chief who described tree trunks shattering as flames consumed them, sending burning embers into the air and further spreading the blazes.

Elsewhere, passengers on a train that stopped unexpectedly in the Spanish countryside got a fright when they looked out of the window at wildfires encroaching on both sides of the track.

Francisco Seoane, from Spain, told The Associated Press: “It was really scary to see how quickly the fire spread. Just in the blink of an eye, a new bush began burning. It was a matter of seconds.”

“It suddenly became night,” he added. “And we could even smell the smoke” inside the carriage.

In Portugal, 96 per cent of the country is now classified as being in either ‘extreme’ or ‘severe’ drought.

More than 3,000 firefighters are battling alongside ordinary citizens desperate to save their homes from several wildfires that have raged across the European country, fanned by extreme temperatures and drought conditions linked to climate change.