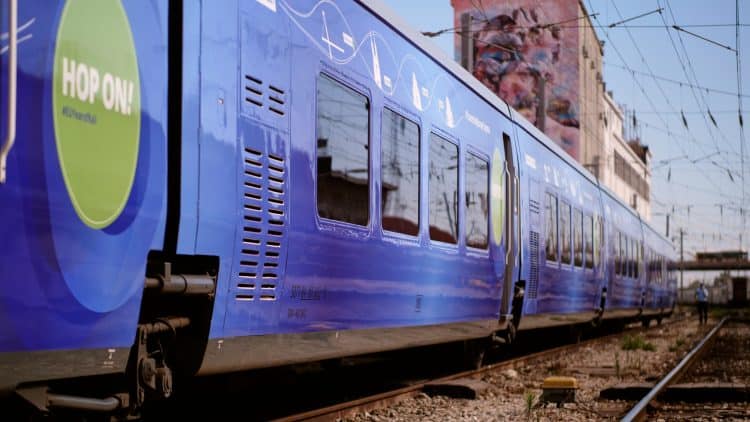 The EU has launched a train connecting 26 countries in a bid to promote more sustainable transport, alongside European and national-level subsidies to make trains more affordable.

Bernhard Rieder, of the Austrian Federal Railways, said the news shows “train travel really has a future”, but that different rules and technical challenges posed by national borders could hinder progress.

It comes as the European Environment Agency estimates around 25 per cent of the EU’s carbon emissions come from transport – a rising figure which needs to be reversed to achieve climate targets by 2050.

But some countries are already doing their individual bit – Austria, for example, has only been using renewable energy sources for its rail network over the past two years, and is launching an annual ticket for all its public transport for three euros a day.

Slovakia and Hungary have also been encouraging the shift towards sustainable transport by offering free train travel for low-income passengers such as pensioners.

Meanwhile, train ticket prices in England and Wales are set to increase at their fastest rate in a decade, The Guardian revealed last month.

Minister can choose to either let rail firms increase their prices to recover pandemic losses, or to encourage Brits to use trains with lower fares.

Regulated train fares in England and Wales have already risen by 2.6 per cent earlier this year.

Labour said annual season tickets between Birmingham and London have increased by 50 per cent since 2010, when the Conservatives gained power.

Shadow transport secretary Jim McMahon told The Guardian that the predicted increases would be “another eye-watering hike”.

And Paul Tuohy, chief executive for Campaign for Better Transport, told the newspaper that the government should be doing all it can to entice people to choose low-carbon public transport, “by making it the cheapest option”.

“Welcome to another decade of misery for rail passengers,” he said.

He asked: “How on earth is the Government going to meet its climate commitments by pricing people off environmentally-friendly trains and on to our polluted and congested roads?”

Train companies sell cheaper off-peak tickets which can be used on quieter services, and if commuters are able to commit to a certain train on a certain date, savings are possible by buying advance tickets.

Related: How to get cheaper train tickets despite the rail fares increase