Leftwing politicians in the UK - including Jeremy Corbyn - have called for a 'People's Vaccine', hitting out at 'vaccine nationalism' and wealthy nations hoarding supplies as early as November 2020. 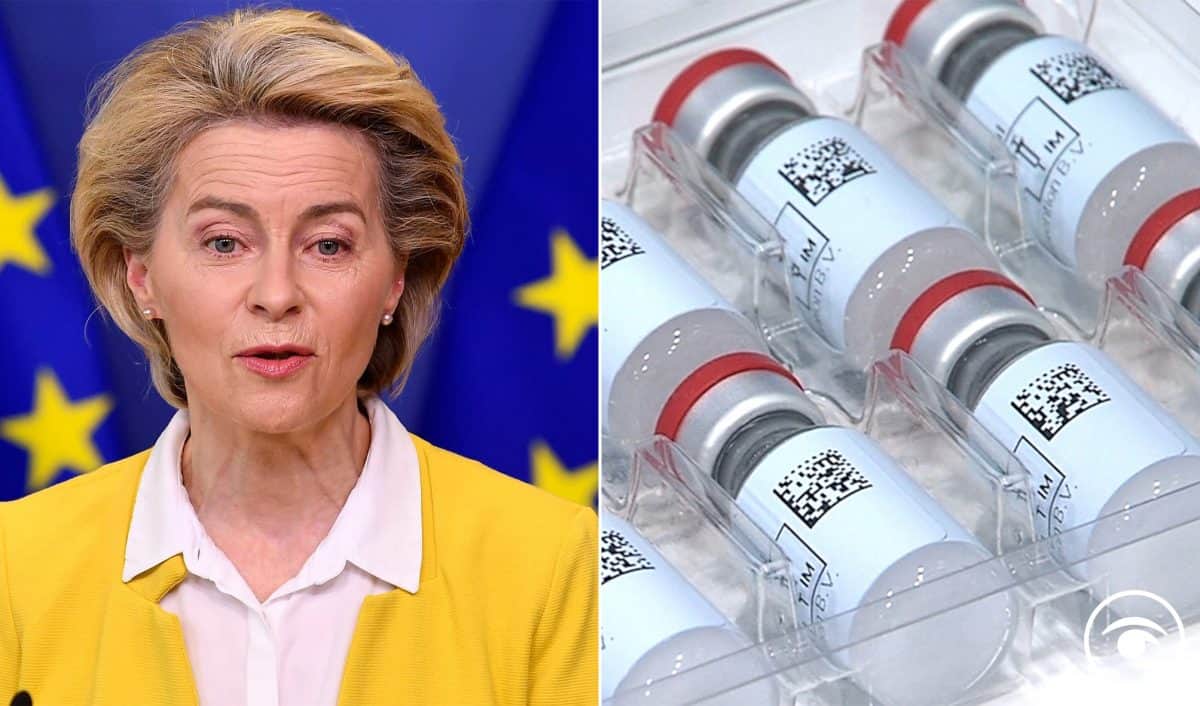 European Union president Ursula von der Leyen has said the 27-nation bloc is ready to talk about a US proposal to share the technology behind Covid-19 vaccines to help speed the end of the pandemic.

Without firmly committing to it, she said “we are ready to discuss how the US proposal for waiver on intellectual property protection for Covid vaccines could help”.

In a video address, she added: “In the short run, however, we call upon all vaccine-producing countries to allow exports and to avoid measures that disrupt supply chains.”

That echoed the position of the global pharmaceutical industry, which insists a faster solution would be for rich countries that have vaccine stockpiles to start sharing them with poorer ones.

The industry insists that production of coronavirus vaccines is complicated and cannot be ramped up by easing intellectual property protections.

Instead, it insists that reducing bottlenecks in supply chains and a scarcity of ingredients that go into vaccines are the more pressing issues for now.

“A waiver is the simple but the wrong answer to what is a complex problem,” said the International Federation of Pharmaceutical Manufacturers and Associations (IFPMA).

“Waiving patents of Covid-19 vaccines will not increase production nor provide practical solutions needed to battle this global health crisis.”

The industry also says an IP waiver will do more harm than good in the long run by reducing the incentives that push innovators to make tremendous leaps, as they did with the vaccines that have been churned out in a blistering, unprecedented speed to help fight Covid-19.

Leftwing politicians in the UK – including Jeremy Corbyn – have called for a ‘People’s Vaccine’, hitting out at ‘vaccine nationalism’ and wealthy nations hoarding supplies as early as November 2020.

Writing on Facebook, the ex-Labour leader said: “A vaccine should not become a privatised commodity used for corporate profiteering. Instead it should be a global public good and shared with the world.”

Richard Burgon, the head of the Socialist Campaign Group of leftwing Labour MPs in Parliament, echoed Corbyn’s calls in March, tweeting: “The only thing stopping a massive increase in Covid vaccine production is that the patents are controlled by a few pharmaceutical giants. Are we going to let that risk the deaths of many more people worldwide? We need a People’s Vaccine.”

The only thing stopping a massive increase in Covid vaccine production is that the patents are controlled by a few pharmaceutical giants.

Are we going to let that risk the deaths of many more people worldwide?

We need a People’s Vaccine. My new article?https://t.co/yM3rKXH3EB