The government’s Nationality and Borders Bill has sparked a heated debate on the power the home secretary will have to remove citizenship from people. 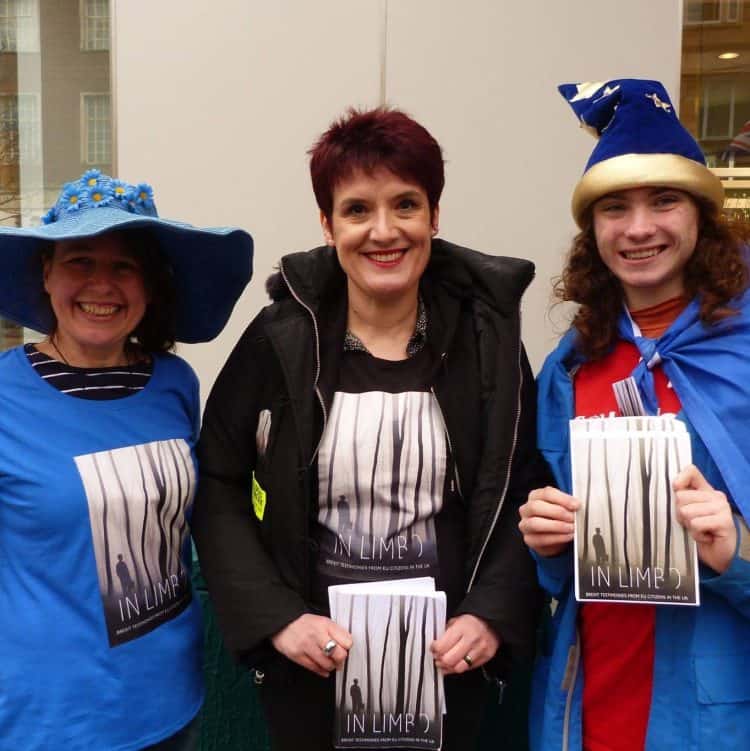 A EU citizen has described the British citizenship hurdles she went through – only to find out it can now be taken away ‘on a whim’.

Véronique Martin, a writer and volunteer originally from France, spent around £1,500 to naturalise as a British citizen after having living in the UK for 33 years.

The 57-year-old said the cost, which includes the application processing and a test of knowledge of UK culture and history, is “prohibitive for one person” and “absolutely ruining for a couple or family”.

But she now fears it was all in vain, after the government’s Nationality and Borders Bill has sparked a heated debate on the power the home secretary will have to remove citizenship from people.

The hurdles to British citizenship

Martin first came to the UK under an Erasmus exchange trial in 1984, before the EU study scheme officially started three years later.

She married the British man she fell in love with in 1990, and never felt the need to become British too because she felt “accepted and safe as an EU citizen at home in an EU country”.

But she thinks “all changed from 2016”, when the EU referendum took place, and did not trust the EU Settled Status she received from Britain to keep her rights after Brexit.

Feeling the need for security, Martin applied for British citizenship in September 2020, and three months later her application was approved by the Home Office.

But she remembers feeling very stressed throughout the process. “My husband and I spent a huge amount of time understanding what I needed to put in my application and gathering as many documents as possible which we never knew we would need.

“I didn’t have an employer, so no payslips, and most of our paperwork was in my husband’s name.”

Prior to that, Martin had suffered the shock of discovering the need for Comprehensive Sickness Insurance from EU citizens in the UK, at any point in which they were, for example, studying or not earning enough to cover NHS costs from taxes.

She told TLE why the private health insurance is an unfair potential reason for citizenship rejection: “I had asked what I needed to do when I had settled down in the UK in 1987 and had been told I needed to do nothing as I was an EU citizen at home in the UK.

“I realised in 2017 I would be seen as unlawful despite never having broken the law! It felt deeply unfair, scary and unreasonable. It was moreover incompatible with the NHS system.”

Potential removal ‘on a whim’, an ‘attack on freedom, rights, and peace’

After having gone through all the red tape, examinations and appointments required for British citizenship, Martin now fears for her citizenship security.

“It’s an attack on my freedom, my rights as a citizen and my peace of mind,” she said.

She added: “To me, citizenship should offer a set of rights which should be guaranteed. But if the UK government can remove it according to their political whim, this UK citizenship, that costs so much in many ways, is not worth much.

“This latest attack feels indeed like a betrayal of our trust and loyalty as well as a denial of our rights. Despite the welcoming words of the citizenship ceremony, we are in fact told in no uncertain terms by the current government that we will never be accepted as fully British, just merely tolerated as second or third class citizens… until they decide to get rid of us for whatever reason, without warning or recourse. It’s terrifying.”

Elena Remigi, director at In Limbo Project, which collects stories of EU citizens in the UK after Brexit, said the government’s new Bill reinforces the fact that some British citizens are “less equal than others”.

She told TLE: “Since the referendum, many EU citizens have sought citizenship as a means to secure their rights in the UK at a time where they felt they were undermined. The cost of naturalisation, however, is expensive if not prohibitive for some families; certain EU countries don’t always offer their citizens dual nationality, and, what is more, many citizens – women and students in particular – have struggled with the Comprehensive Sickness Insurance requirement.

“The Nationality and Borders Bill comes on top of this to reinforce the fact that some citizens are less equal than others. They’re now left wondering and worrying if one day their citizenship could be stripped from them without warning and this makes them feel even more devalued.”

What the Home Office says

Earlier this month, a video posted by the Home Office insisted that the removal of British citizenship has been possible for over a century, comes with a right of appeal and is used against terrorists, serious criminals and those who obtained citizenship by fraud.

“The Nationality and Borders Bill doesn’t change any of that. It’s only about how someone is notified,” the Home Office argued.

The video continues: “We will always try to notify someone of our intention to remove their citizenship. But sometimes that may not be possible, for example when someone is in a warzone or unknown location, contacting them would reveal intelligence sources.

“This is what the changes in the Borders Bill will address. We only do this in the most extreme circumstances. They still have a right to appeal. Nothing in the new legislation changes that.

“Our number one priority is to protect the British public. That is what our Borders Bill seeks to do.”