"I walked into the room and noticed a fire hazard. I immediately rushed over and blew the candles on the cake out" - hilarious reactions to fresh PartyGate allegations. 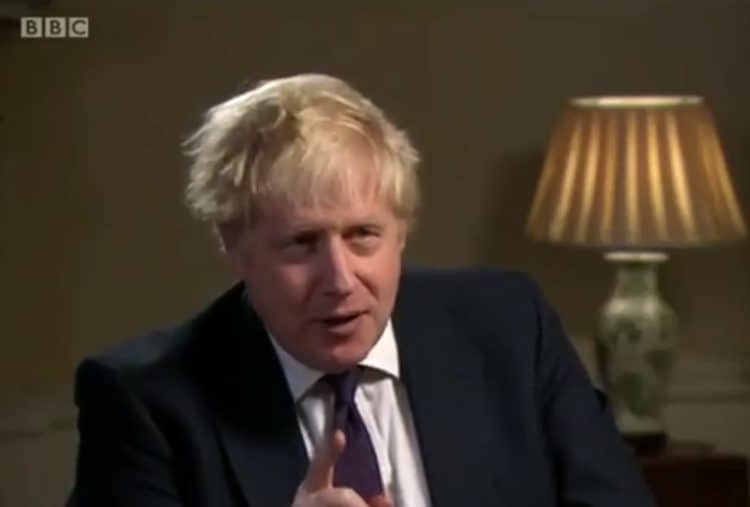 Allies of Boris Johnson have come out in defence of the PM following revelations staff gathered in the Cabinet Room for a birthday party.

Official sources have conceded staff “gathered briefly” after it was alleged 30 people attended and shared cake despite social mixing indoors being banned.

ITV News reported the prime minister’s wife, Carrie Johnson, had organised the surprise get-together complete with a chorus of “happy birthday” on the afternoon of June 19 2020.

It is thought that the Brexiteer PM enjoyed a Union Jack cake and M&S party food.

Allies came out in defence of the PM this morning, although many of the excuses have been ridiculed.

Culture secretary Nadine Dorries, a staunch ally of Mr Johnson, questioned whether the gathering would have broken the rules in place at the time.

“So, when people in an office buy a cake in the middle of the afternoon for someone else they are working in the office with and stop for ten minutes to sing happy birthday and then go back to their desks, this is now called a party?” she tweeted.

Environment secretary George Eustice told reporters: “What really happened here is a small group of staff who had been working closely with the Prime Minister brought in a birthday cake at the end of the day and there was 10 minutes there around sharing a piece of cake.

“I don’t think that really constitutes a party in the way some of the more serious allegations that are being investigated maybe do.”

As Adam Wagner points out, neither excuse seems to hold much weight.

But the one that really takes the biscuit is the “ambush” excuses that seem to have been rolled out.

Grant Shapps said this morning that “the prime minister didn’t organise to be given cake. Some people came forward…”, much to the bemusement of people on social media.

Here’s the best reactions so far:

Related: Johnson wrote letter to 7-year-old telling her she was right not to have a birthday party