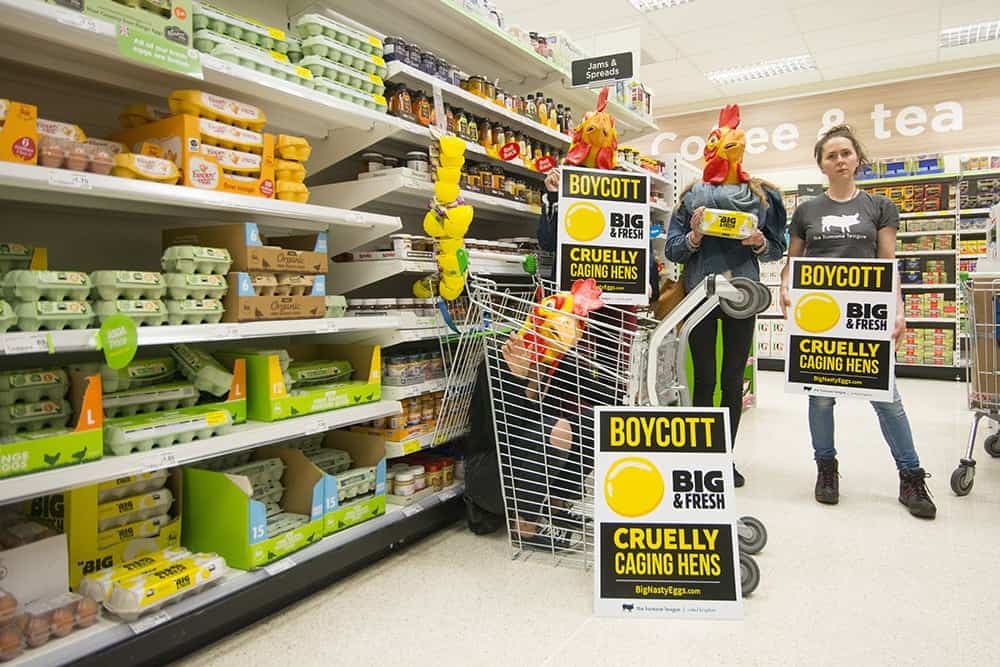 Animal rights activists donned chicken masks and caged themselves in ASDA supermarket trolleys today to protest Noble Foods’ use of cages for hens.

Oxford-based Noble Foods, the UK’s biggest egg company, produces over 60 million eggs a week and owns well-known brands such as The Happy Egg Co. and Big and Fresh.

Drawing attention to the plight of these sensitive, intelligent animals, The Humane League UK staff and volunteers confined themselves in the egg aisle of ASDA, which sells both free-range eggs from The Happy Egg Co and cage eggs from the Big and Fresh brand. 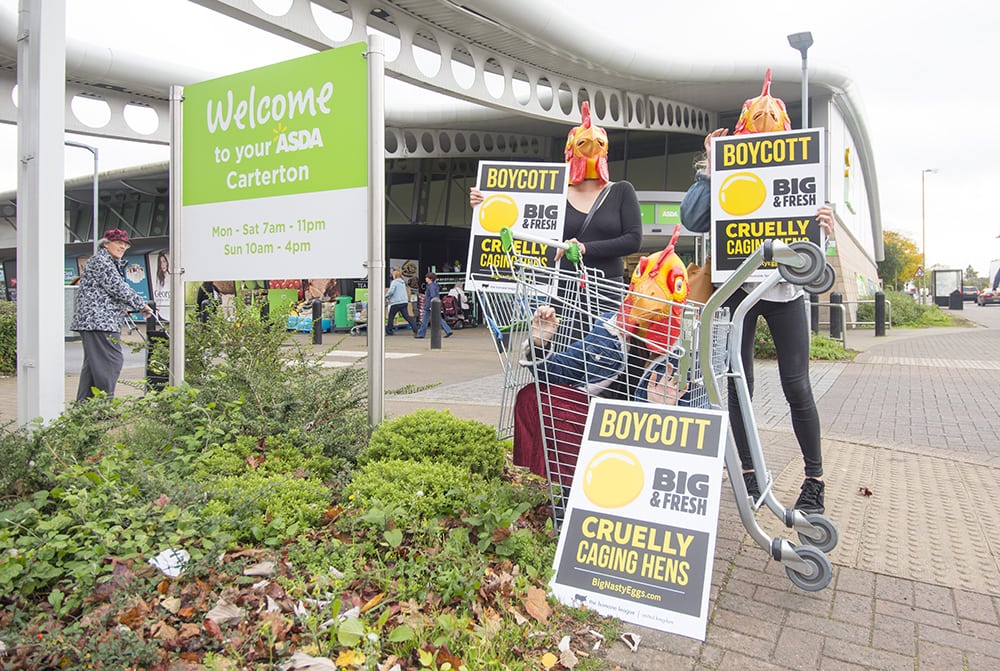 Noble Foods has come under fire this week for using cages for over 35% of the laying hens on its farms, totalling 4.3 million animals, while claiming that ‘animal welfare is at the cornerstone of everything’ it does.

Pru Elliott, The Humane League UK’s Head of Campaigns, said: “Imagine having to spend your whole life crammed into a wire mesh cage, jostling for space with your fellow cage mates. The smells, sights, and sounds are abhorrent. Here, you are forced to lay eggs as though you were little more than a machine and in return given nothing that makes a life worth living. You wouldn’t want to inflict that on anyone, so why is it acceptable for the UK’s biggest egg producer to do so?”

This week, The Humane League UK launched a campaign urging Noble Foods to make a commitment to go 100% cage-free by 2025, in line with the majority of the UK’s leading supermarkets, cafes and restaurants.

While Noble Foods has a current policy to go 70% cage-free by 2020, and is already at 62% cage-free, the sheer scale of the business means that this policy is not strong enough, as it will still leave millions of hens in cages every year.

The Humane League is asking supporters to take action to support the campaign at www.not-so-noble.com and will be increasing pressure with more campaign actions and protests in the coming weeks.