Traffic pollution in London is putting the health of unborn babies at risk, warns new research. And scientists say the situation will continue to deteriorate unless the capital’s air quality is improved. Their study found that air pollution from road traffic is having a negative impact on babies’ well-being before they are even born. The […] 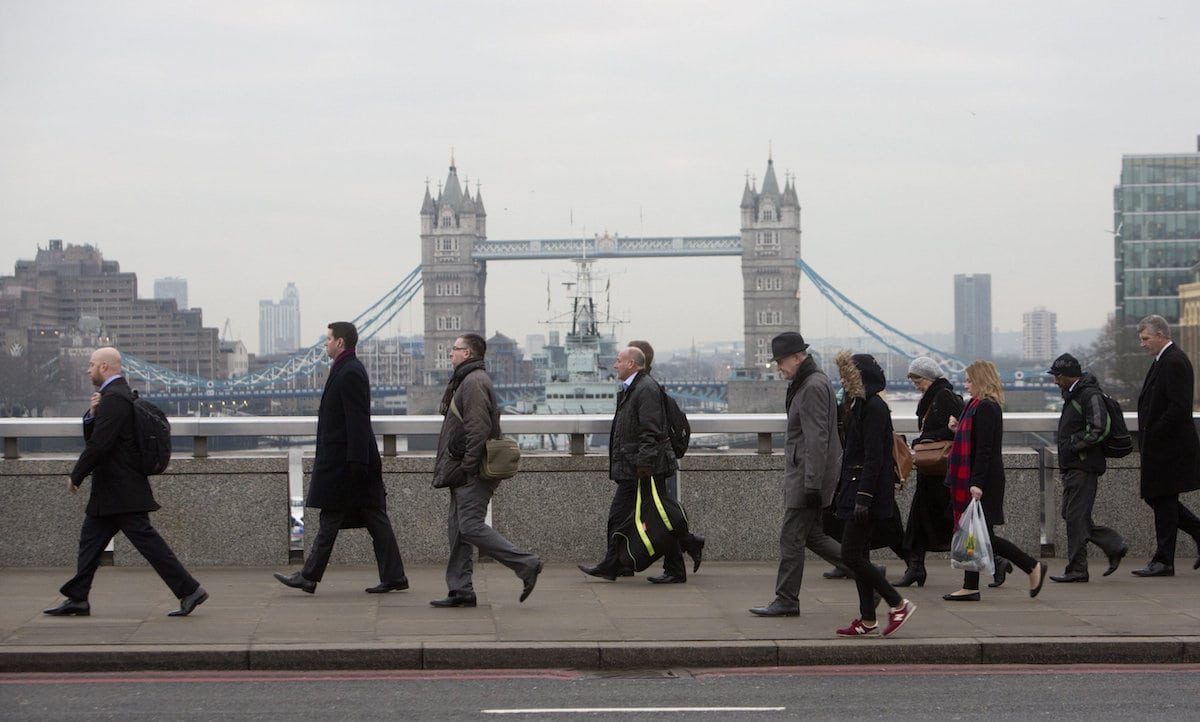 Traffic pollution in London is putting the health of unborn babies at risk, warns new research.

And scientists say the situation will continue to deteriorate unless the capital’s air quality is improved.

Their study found that air pollution from road traffic is having a negative impact on babies’ well-being before they are even born.

The findings, published by The BMJ, suggest that exposure to air pollution from road traffic in London during pregnancy is associated with an increased risk of low birth weight babies born at full term.

But traffic related noise seems to have no effect.

The researchers say their findings are applicable to other British and European cities, and have called for environmental health policies to improve air quality in urban areas.

A team of London-based researchers, led by Imperial College London scientists, set out to investigate the relation between exposure to both air and noise pollution from road traffic during pregnancy and two birth weight outcomes – low birth weight (less than 2,500g) and being born small for gestational age.

Using national birth registers, they identified more than 540,000 live, single, full-term births occurring in the Greater London area between 2006 and 2010.

The mother’s home address at time of birth was recorded and average monthly concentrations of traffic related pollutants – nitrogen dioxide (NO2), nitrogen oxides (NOx), and fine particulate matter (PM2.5) from traffic exhaust and non-exhaust sources, such as brakes or tyre wear – as well as larger particulate matter (PM10) were estimated.

There was no evidence that increasing road traffic noise exposure was independently associated with birth weight.

But the researchers they “cannot rule out that an association might be observed in a study area with a wider range of noise exposures.”

The annual mean concentration of PM2.5 in London in 2013 was 15.3 μg m3, and the researchers estimate that reducing London’s annual average PM2.5 concentration by 10 per cent would prevent approximately 90 babies (three per cent) being born at term with low birth weight each year in London.

Dr Smith added: “With the annual number of births projected to continue increasing in London, the absolute health burden will increase at the population level, unless air quality in London improves.”

Only policy makers have the power to protect women and unborn babies, according to researchers at the University of Edinburgh.

And, commenting on the findings, they warned that, though the results from London are concerning, “a global perspective reveals something approaching a public health catastrophe.”

Doctor Sarah Stock, a consultant in maternal and foetal Medicine at Edinburgh University’s Queen’s Medical Research Institute, pointed to Beijing, where air quality levels were improved during the 2008 Olympics, as an example of what can be achieved with coordinated action.

She said: “The challenge is to maintain reductions in the longer term through combinations of national and local authority action, particularly around reducing congestion and implementing interventions to tackle diesel combustion emissions in urban areas.”

Dr Stock said the latest findings “should increase awareness that prenatal exposure to small particle air pollution is detrimental to the unborn child.”

But she stressed that increasing awareness without solutions for risk reduction “may serve only to increase maternal anxiety and guilt.”

Dr Stock added that multi-sector action is “urgently required” to tackle the problem of traffic related air pollution, and minimise risks to the health of the next generation.