Lighting up the night sky with greens and reds, these are the spectacular aurora by a photographer in the world’s northern regions. These amazing pictures of the northern lights were taken by astrophotographer Juan Carlos Casado in Greenland, Iceland and Finland. He said: “Auroras are one of the most spectacular natural phenomena that can be […] 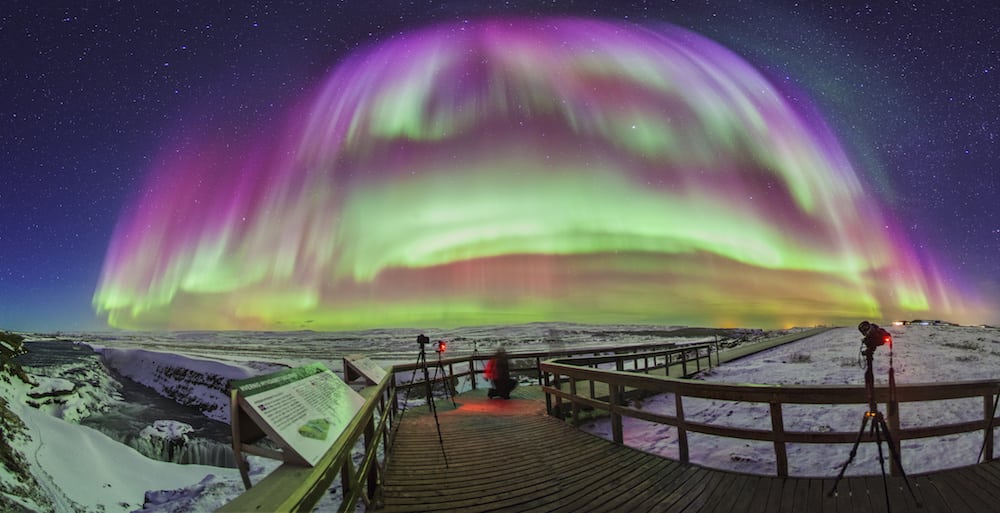 Lighting up the night sky with greens and reds, these are the spectacular aurora by a photographer in the world’s northern regions.

These amazing pictures of the northern lights were taken by astrophotographer
Juan Carlos Casado in Greenland, Iceland and Finland.

He said: “Auroras are one of the most spectacular natural phenomena that can be seen.

“They are global spectacles, in the sense that they can cover the whole visible sky and combine with the terrestrial landscape as a wonderful symphony.

“My images try to capture these unique and unrepeatable moments: the shapes, colours and movements of auroras are never repeated.

“I have travelled several times to Iceland and south Greenland, where I have captured these images,

“I try to show the phenomenon but also try to convey the sensations they produce.

“For this I use several cameras simultaneously, so that they cover different areas of the landscape and the sky.”

Aurora, are produced by the collision of charged particles from Earth’s magnetosphere with atoms and molecules of Earth’s atmosphere at altitudes above 80 km.

The particles originate from the Sun and reach the Earth in a stream of solar wind.

The solar wind is made up of many charged particles, elements, and isotopes that are present in the Sun.

These are ejected in events that are called coronal mass ejections – eruptions from inside the sun and appear as sunspots.

As this wind reaches the Earth, it is deflected by our magnetosphere, an invisible shield created by the Earth’s magnetic field, which protects us from such particles.

But at the North and South poles, the field lines go towards the Earth, like a funnel.

The green comes from oxygen molecules but purple is usually a mixture of red and blue emissions from molecular nitrogen.

Carlos, from Spain, added: “Since I was a child I have been attracted to nature, science and the world of the image.

“When I saw for the first time at the age of ten, images of the sky and the celestial bodies, I wondered how they had done it.

“At age 14 I started getting my first pictures of the sky. For me it was almost magical to observe where I saw with my eyes a few stars, hundreds later appeared in the photograph.

“I am now dedicated to astronomy and astrophotography professionally.

“I collaborate with the Institute of Astrophysics of the Canary Islands in astrophotography and educational projects.

“I am also an astrophotographer of Shelios scientific expeditions group who travels around the world to observe great celestial spectacles: eclipses, auroras and rains of stars.”