The beautiful capital city of London, home to Big Ben and Buckingham Palace, has a hideous problem hiding in its back alleys. It seems the grand city ranks number one in the entire UK for problems due to overflowing rubbish removal bins, according to a research study conducted by Opinium Research and commissioned by Clearabee. […] 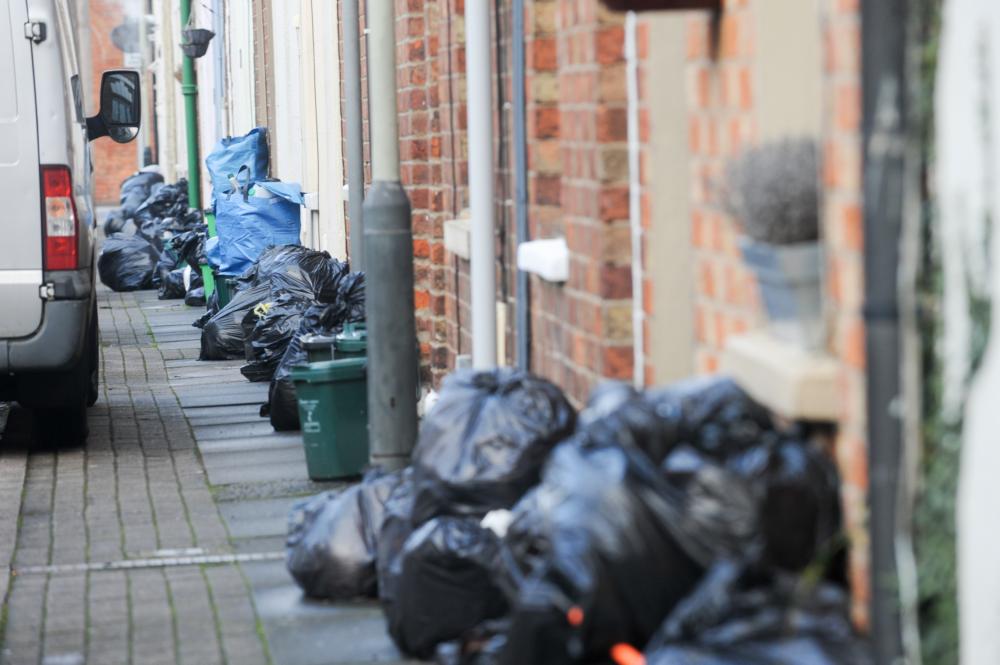 The beautiful capital city of London, home to Big Ben and Buckingham Palace, has a hideous problem hiding in its back alleys. It seems the grand city ranks number one in the entire UK for problems due to overflowing rubbish removal bins, according to a research study conducted by Opinium Research and commissioned by Clearabee. London was seven points higher in this problem than the second city on the list, Leeds, not exactly an “honor” London officials will want to see in the tourist guidebooks!

If we were to ask you what you think the most common problem with overflowing rubbish removal bins is, you might guess rats looking for a free meal, or maybe the odious rubbish smell. Are we right? You would be even more inclined to answer this if you happen to live in one of the large American metropolitan areas where it is often said there are more rats than people. However, the most common answer that the 2000 UK participants gave were urban foxes scattering the rubbish everywhere!

Overflowing rubbish removal bins may be attracting these foxes to UK urban zipcodes, but the people who feed them scraps from their table actually attract them even more. People feeding foxes “people food,” and sometimes “pet food,” near near their homes habituates the foxes to the point they do not fear humans or the smell of humans. This makes them much more likely to rummage through open topped rubbish removal bins and skips, full of human smell, looking for food. The Guardian reported in 2017 that there were an estimated 150,000 urban foxes in England. In fact, the reason that rats may not have been the number one answer given for the adversities do to overflowing rubbish removal bins is that all these urban foxes, being the predators that they are, just love to eat rats!

Daniel Long, the founder and operating manager of Clearabee, correctly predicted that recycling centres would be busier than Boxing Day sales in 2017 because of all the excess rubbish people had over the holidays. Their rubbish removal bins just could hold any more rubbish, even when if was compacted by energetic kids, home for the holidays, and full of sugary treats, jumping on top of them! Responsible people spent a portion of their holiday waiting in line at the tip and or the recycling centre. Irresponsible people put their overflowing rubbish in their own garden, a neighbor’s rubbish removal bin, or fly tipped it!

If you take a closer look at the data collected by Opinium Research, the top five adverse effects of overflowing rubbish removal bins, in London and other cities, were as follows:

2. Rats rooting through the rubbish

4. Cranky neighbors fed up with all the rubbish making complaints

Of course, all of these problems could be eliminated with one simple solution: Call Clearabee! Around the holidays, the Clearabee guys really should wear capes because they are the supermen and superwomen of the cities, performing their super human rubbish removal service with such efficiency the whole country owes them a resounding and collective “THANK YOU!”

Clearabee is not a free service but it is very reasonably priced, especially considering they are not fly tipping, as so many less reputable and “cheap” rubbish removal services have been found to do! In fact, Clearabee does not even take most of the rubbish they collect to the landfills. They actually mange to divert about ninety percent of the rubbish they clear from the landfills by taking it to places that reuse some of the items and recycle the rest. In fact, the Clearabee teams go the extra step to sort the rubbish and then use databases they’ve been working on for years to find the best places to take each type of rubbish!

If you throw a party around the holidays, or any other time of year, you can call Clearabee and have them send you a beebag. When you receive it in the post, it’s a flat package, but when you fold it out, it turns into a big skip-like open-topped container where you an put all your rubbish, instead of your rubbish removal bin! Then, when you are ready, you simple call Clearabee back and they come and pick it up. You don’t even have to struggle to haul it to the street as you would with a council service. The Clearabee men will pick it up from any spot on your property as long as it’s accessible.

If more people would use on demand private rubbish removal services like Clearabee, and make sure they use responsible services like Clearabee that do not fly tip, and actually offer you a copy of the waste transfer certificate, then cities like London, Leeds, Birmingham, Newcastle, Liverpool, Glasgow, Bristol, Plymouth, Brighton, and Manchester would not have about twenty percent of their urban populations saying they experience significant problems from overflowing rubbish removal bins! Furthermore, these same cities would not be experiencing such a landfill problem!

Sometimes the solutions are obvious, but only to the people who know about them! It takes good people, like you, spreading the word to make these solutions obvious to the masses!