Residents of a seaside town have hit out at ‘selfish’ sun-seekers who left behind waste to be picked apart by seagulls. 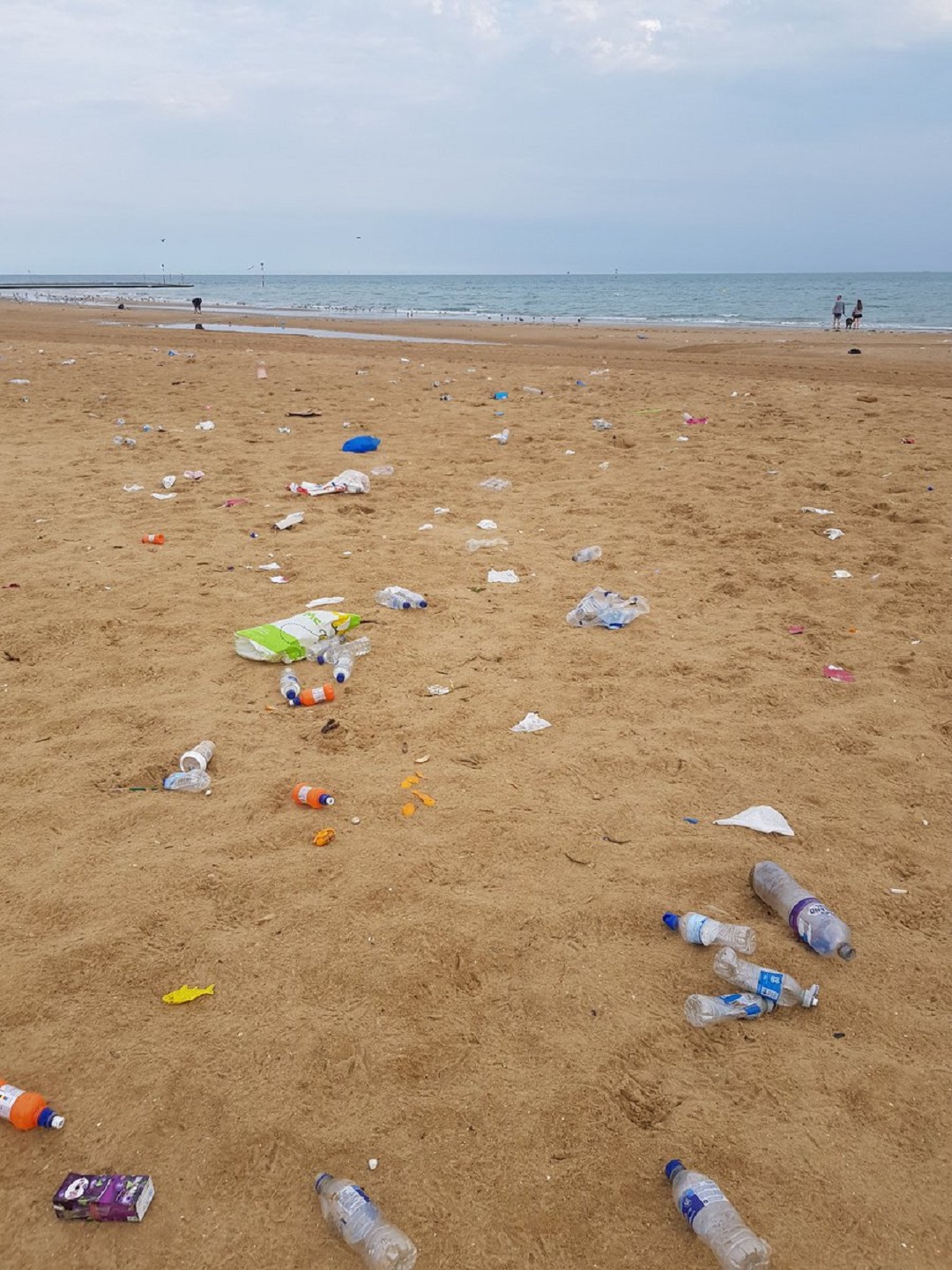 Some of Britain’s beaches have been left strewn with rubbish and plastic after the July heatwave saw thousands head to the coast.

Residents of a seaside town hit out at “selfish” sun-seekers who left behind waste to be picked apart by seagulls.

Sharon Lang, who owns Peter’s Fish Factory in Margate with husband Peter, was shocked to find plastic bottles all over the beach following the hot spell.

She said: “It really upsets me due to the pollution in the sea already, plus it angers me that people just don’t care. It’s so selfish.

“Watching all the seagulls picking at the mess, I hate to think what their stomachs contain.

“I was raised to not litter and I’ve raised my children the same. My 10-year-old daughter came home on Tuesday with a bag of litter that she had collected on the way home, just because she said she felt sorry for mice and foxes looking for food.”

Georgina Roberton, the owner of Peony Vintage, also in Margate, said: “There were dirty nappies, beer cans and bottles, tonnes of plastic straws and bottles, a knife, and opened saucy takeaway food just left out for seagulls.

“The bins were completely full and overflowing so some people had filled bags and piled them high on the sands but they should just have been taken to the bins.

“It was just sad to see the beach littered and left for the sea to carry it away.”