More than £10,000 has been raised to foot the bill for the groundbreaking initiative, which is being rolled out across Bristol, Bath and Weston-super-Mare 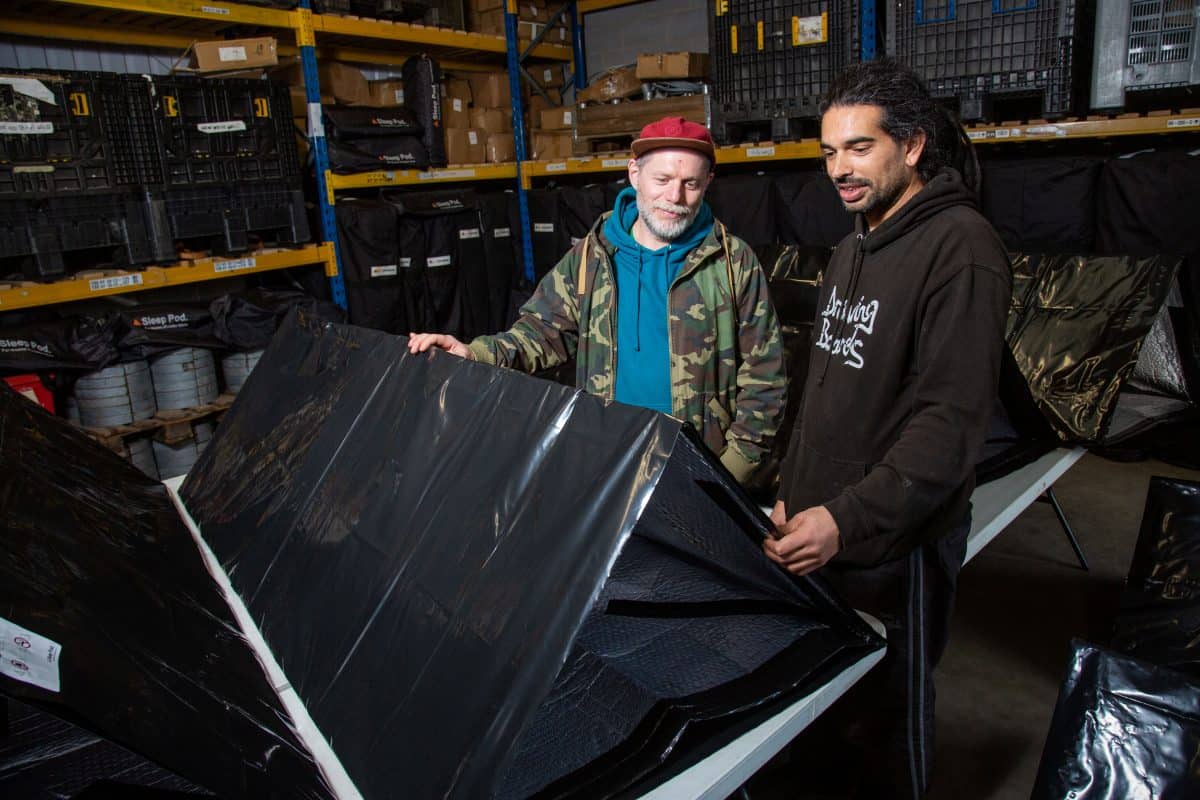 Hundreds of rough sleepers in Britain are to be given ”pioneering pods” this Christmas – previously used in the ‘Calais Jungle’.

More than £10,000 has been raised for the groundbreaking initiative, which is being rolled out across Bristol, Bath and Weston-super-Mare.

The lifesaving ‘Sleep Pods’ were originally made to help refugees in Europe and cost roughly £25 each.

But 400 are being brought to the South West as part of a project aimed at battling homelessness and are set to be distributed next month.

The cash for the designs has been raised through a sold-out music event titled ‘Give a S*** Xmas’, featuring the band IDLES and Geoff Barrow, member of Portishead.

Local statistics estimate that 85 people a night sleep on the streets of Bristol alone – with recent reports showing homeless people in the city are dying at twice the national rate.

Volunteers are now being sought to help build and distribute the pods.

Joby Andrews, director of Refresh the West who are involved in the project, said: “This is a truly Bristol collaboration of people who recognise there is a homeless crisis in our city and have come together with an emergency measure to stop people dying on the streets this Christmas.

“Give a S*** Xmas has stepped in at the last minute to help us raise the extra funds we needed to get the 400 sleep pods down here from where they are made in Birmingham, so we are particularly grateful to them.

“We really need people now to come and help us build the pods and get them out to people who have nowhere else to go over the festive period.”

Tom Friend, from Give A S*** Xmas, said: “We’ve been overwhelmed by the response to this year’s gig – there is so much support from the local community in helping people who have nowhere to live and we all have a role to play.

“In particular, where people cannot access a safe night’s respite this is particularly desperate

“When we heard about the drive to bring 400 Sleep Pods to Bristol, we knew we had to support it alongside our other front line charities and hope as many people can get involved in the build as possible.”

People are asked to email joby@refreshwest.com to volunteer.