Police tweeted a picture of the luxury supercar which is worth £80,000 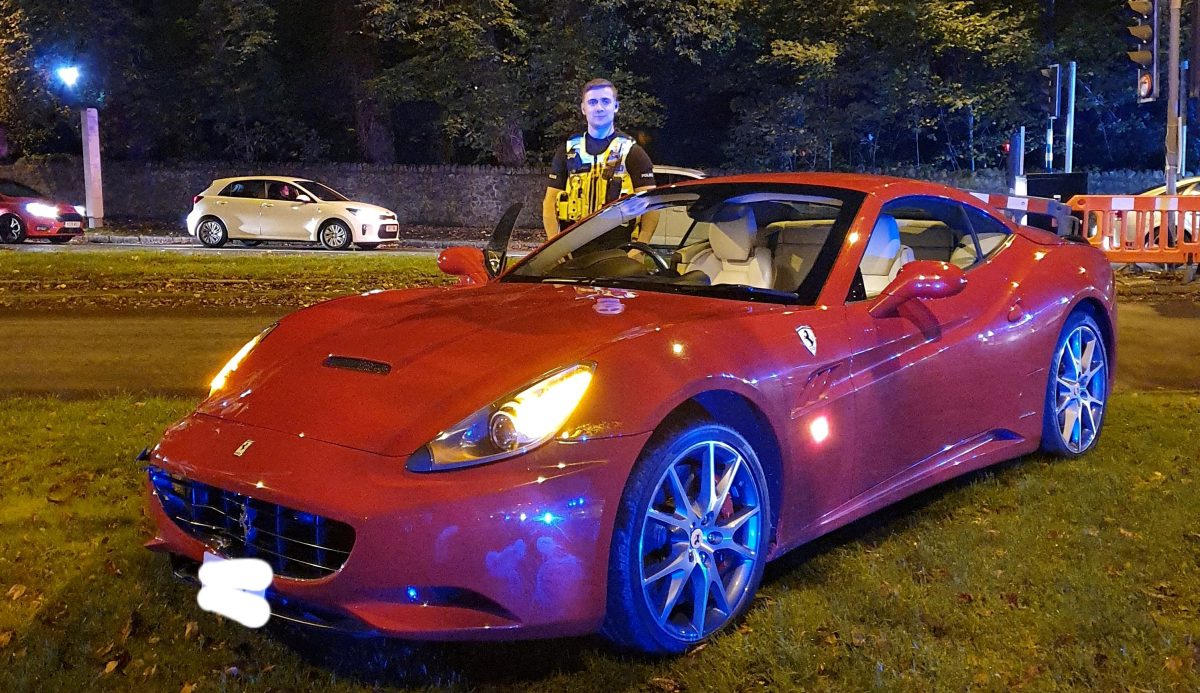 Police are hunting a suspected drunk driver who fled the scene of a crash – and abandoned their £80,000 red Ferrari.

The 2009 California model collided with a car near the iconic Edgbaston Cricket Ground in Birmingham.

Officers tweeted a picture of the dented supercar after the driver fled the crash which happened in Church Road at 8pm on Tuesday (8/10).

Tweeting a snap of the car, cops jokingly trolled the driver and appealed to “anyone missing a red Ferrari” to come forward.

Force Response tweeted: “Church Road/Edgbaston Park Rd is closed due to an RTC, suspected drunk driver has made off on foot.

“If anyone is missing a Red #ferrari California it’s with Newtown Police Officers, come meet us in custody #fatalfive.”

The driver of the other car suffered minor injuries.

A spokeswoman for West Midlands Ambulance Service said: “We were called by police at 7.57pm to reports of an RTC.