Scientists removed 874 pieces of plastic from the bodies of 135 crabs along the Thames. 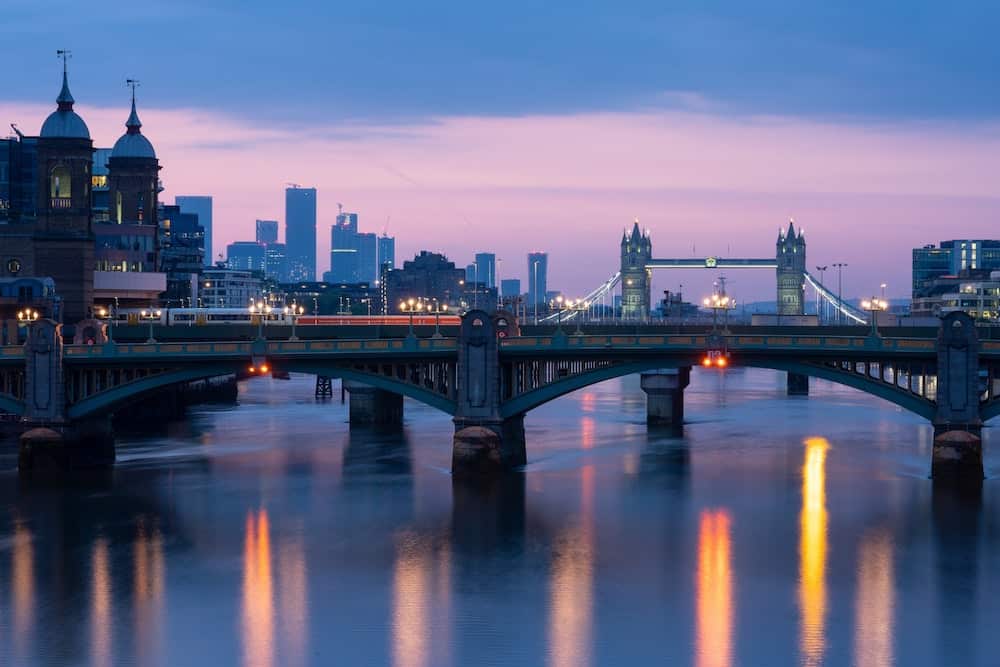 An estimated 94,000 microplastics flow down some sections of the River Thames in London every second, according to a new study.

Researchers found that the Thames had a higher density of microplastics than several other major European rivers, including the Rhine in Germany and the Danube in Romania.

Microbeads, glitter and other plastic fragments were all found in water samples taken from Putney in south-west London and Greenwich in the south-east of the capital.

Crabs along the river were also found to have consumed small items of plastic.

Scientists at Royal Holloway, University of London, estimated that 5,041 microbeads – which come from exfoliants in cosmetic products – flow down the Thames every second at Greenwich.

They said it was “unsurprising” that microplastics had been found in 80% of London’s tap water.

The results of their studies are reported in three separate papers published in the Science of the Total Environment and Environmental Pollution.

The Thames is the UK’s second longest river, stretching about 215 miles (346km) across southern England.

It drains the whole of Greater London and its tidal section is said to be home to some 125 species of fish.

Researchers said ingested microplastics, which are defined as particles smaller than 5mm, had been reported in nine species of fish in the river, including 75% of its European flounder population.

Meanwhile, an examination of 135 crabs in river resulted in 874 pieces of plastic being removed from their bodies.

The majority of microplastics found in the river came in the form of plastic film and fragments, which were broken down from larger items such as bottles, wrappers and bags, researchers said.

They estimated that, in total, 94,000 microplastics per second flow down the Thames at Greenwich.

The density of microplastics in the River Thames (19.5 plastics per cubic metre) was found to be greater than levels recorded in the River Po in Italy and the River Chicago in the US.

While it had lower levels than the Yangtze River in China, scientists said the Thames study excluded the abundance of microfibres, which accounted for 79% of all microplastics in the Yangtze Estuary.

Professor Dave Morritt, from the department of biological sciences at Royal Holloway, said: “Taken together these studies show how many different types of plastic, from microplastics in the water through to larger items of debris physically altering the foreshore, can potentially affect a wide range of organisms in the River Thames.

“The increased use of single-use plastic items, and the inappropriate disposal of such items, including masks and gloves, along with plastic-containing cleaning products, during the current Covid-19 pandemic, may well exacerbate this problem.”